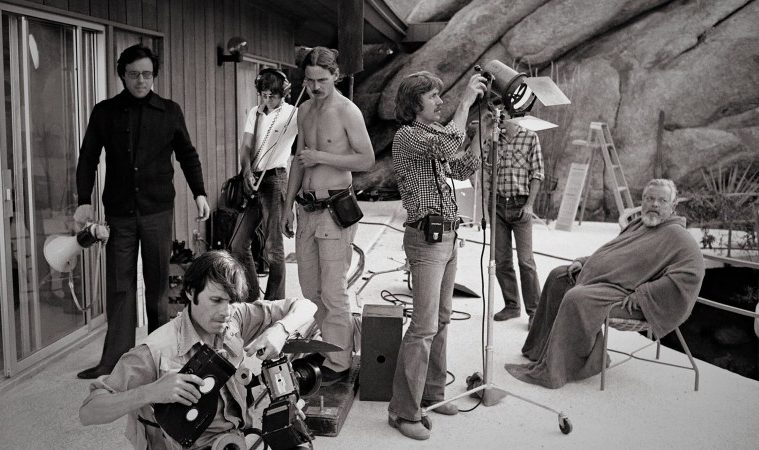 Forty years in the making, Orson Welles’ long-awaited, excellent The Other Side of the Wind is finally arriving this fall. As with most productions from the director, the behind-the-scenes story of its shoot and the aftermath is more fascinating than most films themselves, so a documentary was also commissioned. Coming from Won’t You Be My Neighbor? director Morgan Neville, They’ll Love Me When I’m Dead tracks the tumultuous journey of the recently-completed feature and now Netflix has released the first trailer.

Dan Schindel said in his review,  “If The Other Side of the Wind is autobiographical, and They’ll Love Me When I’m Dead seeks to imitate it formally, then wouldn’t the optimal version of this biography really be… The Other Side of the Wind? Given that these two movies will be dropping on Netflix the same day, the choice seems obvious. That said, there is footage on display here that won’t be in the finished cut of the film, and on its own that and the making-of material are interesting, even with their lacking presentation. It makes for a passable supplement, if not a worthy complement to Welles’ last effort.”

Oscar-winning director Morgan Neville (20 Feet from Stardom) tells the story of legendary director Orson Welles during the final 15 years of his life. No longer the “wonder boy” of Citizen Kane, Welles in 1970 was an artist in exile looking for his Hollywood comeback with a project called The Other Side of the Wind. For years, Welles toiled on the film, about an aging film director trying to finish his last great movie. Welles shot the picture guerrilla-style in chaotic circumstances with a devoted crew of young dreamers, all while struggling with financiers and fate. In 1985, Welles died, leaving as his final testament the most famous unfinished movie in film history. The negative stayed in a vault for decades – until now. With revelatory new insights from Welles collaborators including Peter Bogdanovich, Frank Marshall, Oja Kodar and daughter Beatrice Welles, They’ll Love Me When I’m Dead is the untold final chapter of one of the greatest careers in film history: brilliant, innovative, defiant and unbowed.

They’ll Love Me When I’m Dead plays this Saturday at NYFF then hits Netflix on November 2, the same day as The Other Side of the Wind.