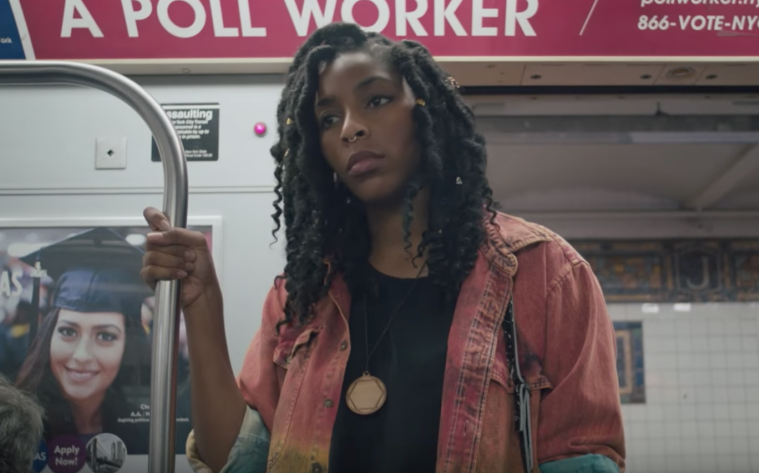 Netflix has released the first teaser for The Incredible Jessica James, a comedy that centers around an aspiring playwright who develops a relationship with a guy on the rebound in New York. However, the teaser is more focused on the titular character’s (Jessica Williams) more negative (and comedic) interactions with men, along with a demonstration of her energy and charisma. I may get chewed out for this, but it is a bit of a bummer that a movie about a black playwright is written and directed by a white dude. Hopefully the film’s perspective is guided by Williams.

“Unfortunately, the narrative Strouse surrounds her in feels narrow-minded,” we said in our review. “We’re in New York City, where Jessica teaches a children’s theater workshop while getting her work rejected for every theater grant imaginable. Boone, with a grin, asks how she can possibly pay her rent. He, after all, doesn’t have that problem, because he invented an app. Strouse and company love this city and the people therein, and love to comment on the gradual, economic un-liveability of the place. And while there is a welcome awareness to the pros and cons of a modern metropolitan life, there is an equally unwelcome distaste for those who live a suburban life.

See the trailer below, for the film that also stars Lakeith Stanfield, Noël Wells, and Chris O’Dowd.

Netflix is the world’s leading Internet television network with over 100 million members in over 190 countries enjoying more than 125 million hours of TV shows and movies per day, including original series, documentaries and feature films. Members can watch as much as they want, anytime, anywhere, on nearly any Internet-connected screen. Members can play, pause and resume watching, all without commercials or commitments.

The Incredible Jessica James will hit Netflix on July 28.