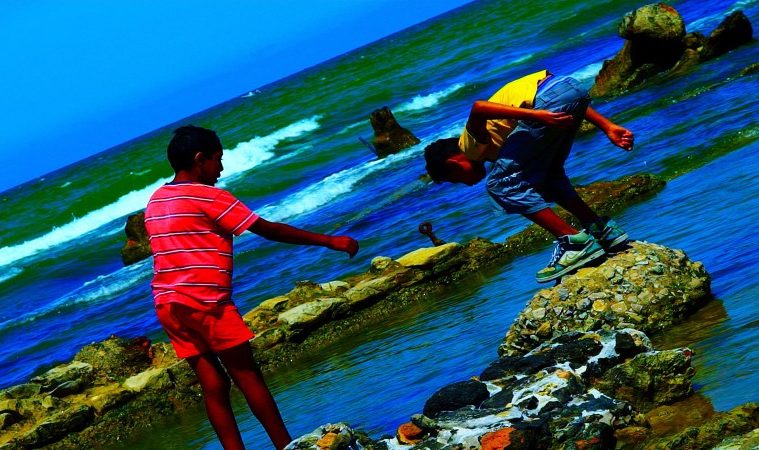 In just a few days Jean-Luc Godard will celebrate his 88th birthday, but on the eve of the festivities, the U.K. will get a chance to see his thrilling latest feature The Image Book. Another miraculous, meticulously feat of cinematic collage, the film finds the French New Wave icon continuing his boundary-pushing editing techniques, both in video and sound (to see this at Alice Tully Hall during New York Film Festival was something truly special). Following one-night-only U.K. screenings on December 2, it’ll arrive on MUBI there, followed by a U.S. release starting at Film Society of Lincoln Center on January 25.

Rory O’Connor said in his Cannes review, “So, what to make of this Le Livre d’Image? Hmm. Speaking at the ISM in Berlin recently, Brian Eno (that granddaddy of sonic soups) pondered why we sometimes get a little frustrated when abstract painting doesn’t offer us immediate gratification in a way that we usually don’t with abstract music. One is just a bunch of sounds that maybe makes you feel something, he argues, but the other is just a bunch of colors and shapes that maybe do the same. We might extend that theory to Jean-Luc Godard’s latest video essay / stream of consciousness, a feature-length screen collage of footage that jumps from — amongst many other things — cinema of the 1950s, footage of ISIS, hands, trains, and, later on, the director’s thoughts on the Gulf nations. Sometimes cinema is also just a load of stuff that maybe makes you feel something.”

See the trailer below via Little White Lies.

Jean-Luc Godard returns with The Image Book, a bracing, beautiful and confrontational essay film interrogating our relationship with film, culture and global politics. Soundtracked by a deeply immersive 7.1 mix, it splices together classic film clips and newsreel footage, often stretched, saturated and distorted almost beyond recognition. Winner of the Cannes Special Palme d’Or, this is a journey through layers of light and darkness, sound and silence, innocence and guilt – sometimes disturbing, often moving and always deeply visceral. It’s proof, if we ever needed it, that the master auteur hasn’t lost his bite.

The Image Book opens in the U.K. on December 2 for one night only and in the U.S. on January 25.