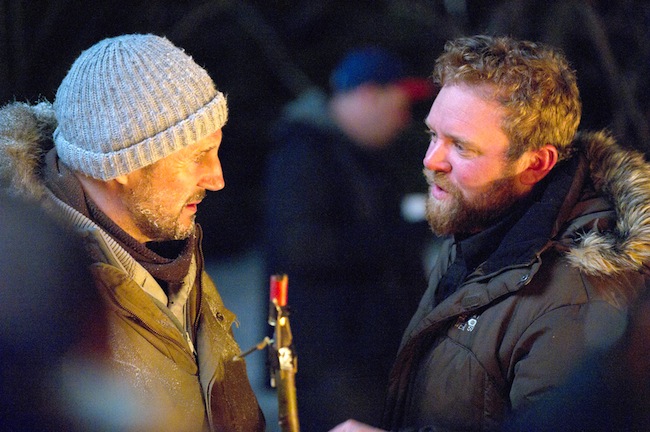 Marvel has emerged to become quite the box office juggernaut over the past five years, and the train doesn’t look to be derailing anytime soon. But this wasn’t always the case; before the company decided to get into filmmaking themselves, they licensed their most popular properties (X-Men, Fantastic Four) to 20th Century Fox and let them do with their characters what they pleased. However the licensing comes with a ceveat; if the studio doesn’t put a movie based on the Marvel characters they own the movie rights to into production by a certain time frame, then the rights revert back to Marvel.

One of Marvel’s properties, Daredevil, is nearing its October 10th deadline which puts the pressure on 20th Century Fox to finally get another adaptation into actual development. But according to Variety, 20th Century Fox and Marvel may work out a deal to extend this deadline via character swap. Reportedly Marvel is interested in regaining the film rights to Galactus and the Silver Surfer, two characters integral to the Fantastic Four universe (and who both appeared, in one form or another, in Fox’s Fantastic Four: Rise of the Silver Surfer). The Fantastic Four themselves, however, would not be part of the deal as Fox is already taking another stab at the franchise with Chronicle director Josh Trank. Galactus is a major supervillain in the Marvel Universe, known for devouring any planet in his wake. The Silver Surfer acts as the herald to Galactus, showing up on planets that the villain is looking to make his breakfast next to warn the people of their impending doom. With a villain this powerful, and Marvel needing to continue upping the ante as their franchises continue, it makes sense as to why Marvel would want those two characters back.

But why would Fox want to pay such a heavy price to keep the rights to Daredevil? Well they already happen to have a direction they want to take the story in, a gritty “hardcore 70’s-style thriller” and a director in mind: Joe Carnahan, whose last directorial effort The Grey was met with adoration by critics and nearly everyone who experienced it (wolf activisits, notwithstanding). Keep in mind this is nothing official; Fox is merely in discussions with Carnahan, who has a variety of other projects on his plate at the moment. But they see promise in this new take on Daredevil and by appeasing Marvel and holding the rights for a little bit longer, they can hopefully see the movie come to fruition with Carnahan ideally at the wheel.

As promising as this new take on Daredevil sounds, giving the rights to Galactus and Silver Surfer back to Marvel would rob their in the works Fantastic Four reboot of some pretty essential characters. Sure there’s still Dr. Doom, but Galactus and Silver Surfer are just as integral to the Four’s mythology and any potential sequels would be robbed of their involvement. Fox needs to figure out if their idea for a gritty Daredevil would make up for such a loss. I personally don’t think so, but that’s me and I eat a lot of paint chips.

Do you think Joe Carnahan is a good potential choice for Daredevil? Should Fox lose two big Fantastic Four villains to ensure their vision of the “Man Without Fear”?