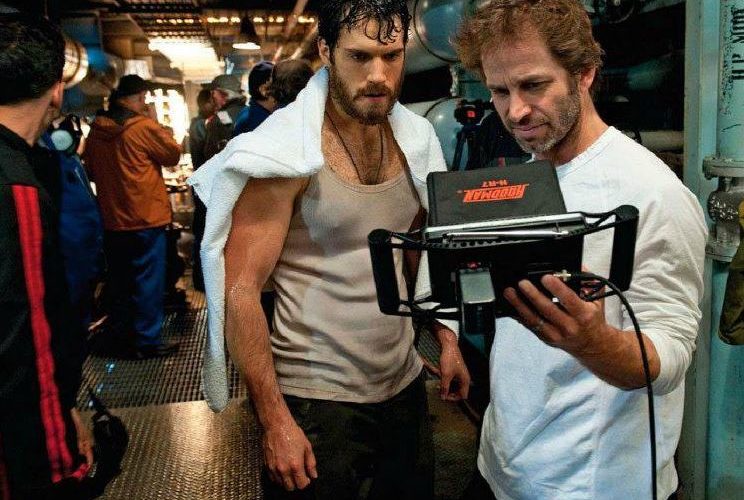 Although we won’t be getting a Christopher Nolan-directed summer tentpole this year, Warner Bros. is shaping up their biggest film of the year to strike the same chord. Bringing on the director to produce and help craft the story for Man of Steel, helmer duties have been handed to Watchmen and Sucker Punch‘s Zack Snyder. With the film set to debut almost exactly three months from today, some new images have now rolled in for the Superman reboot starring Amy Adams, Michael Shannon, Kevin Costner, Diane Lane, Laurence Fishburne, Antje Traue, Ayelet Zurer, Christopher Meloni and Russell Crowe.

Speaking with Total Film, the director said, “We’ve tried to make a Superman movie where he does stuff and you go, ‘Yeah, if I was Superman, that’s what I’d do. Even though he’s an alien, he’s more relatable, more human.” Cavill backed him up, saying, “This is a Superman for a modern age. It’s not betraying anything that Superman is, but it is grounding everything in reality. It’s the story of this incredible being who can do incredible things, but whom we can associate with. Because he’s gone through troubling stuff and had to make tough choices…” Check out the images below via Total Film and Inside Cinema, which features an obligatory shot of our hero walking away from destruction, as well as a promo still featuring the ensemble together. In the pantheon of superheroes, Superman is the most recognized and revered character of all time. Clark Kent/Kal-El (Cavill) is a young twentysomething journalist who feels alienated by powers beyond anyone’s imagination. Transported to Earth years ago from Krypton, an advanced alien planet, Clark struggles with the ultimate question – Why am I here? Shaped by the values of his adoptive parents Martha (Lane) and Jonathan Kent (Costner), Clark soon discovers that having super abilities means making very difficult decisions. But when the world needs stability the most, it comes under attack. Will his abilities be used to maintain peace or ultimately used to divide and conquer? Clark must become the hero known as “Superman,” not only to shine as the world’s last beacon of hope but to protect the ones he loves.