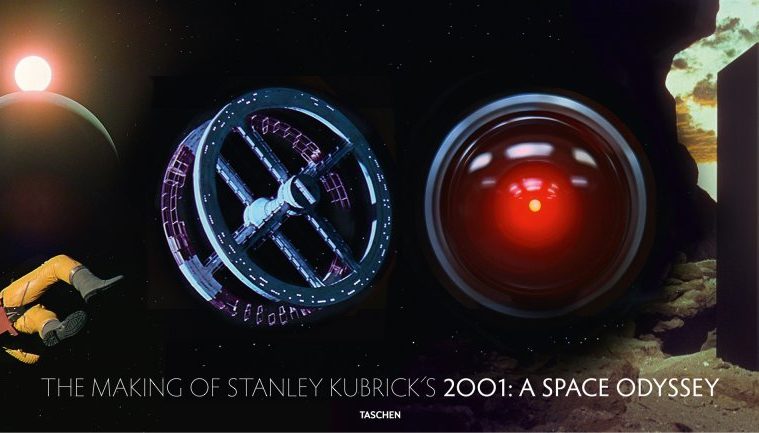 Piers Bizony‘s definitive collection The Making of Stanley Kubrick’s 2001: A Space Odyssey is available to pre-order for $750:

Made in exclusive collaboration with the Kubrick estate and Warner Bros., this copiously illustrated work features hundreds of unique 2001-related documents, concept artworks, and superb behind-the-scenes photographs from the Kubrick Archives—most of which have never been published before—as well as exclusive correspondence and personal testimony from Kubrick’s co-screenwriter Arthur C. Clarke.

Cannes Film Festival head Thierry Fremaux gets interviewed by both Variety and THR, discussing this year’s slate of films, and insinuates Alejandro Gonzalez Inarritu‘s Birdman was kept from the competition due to the distributor.

Speaking of the event, Nicole Garcia will head up the Camera d’or jury.

In our last Cannes-related bit, Abel Ferrara’s Welcome to New York might be released online during Cannes, but still screen at the festival, France 24 reports. From Under the Skin to Borat, Matt Singer looks at the new hidden-camera movies at The Dissolve:

Glazer is far from the first director to surreptitiously turn a camera on unsuspecting victims and share the results with the world. Allen Funt’s Candid Camera was a popular television mainstay for more than 50 years after its introduction in 1948. Funt even took the concept to theaters with two adult-themed Candid Camera movies in the 1970s: What Do You Say To A Naked Lady? and Money Talks. As the franchise continued, imitators appeared. NBC and ABC had Dick Clark’s TV’s Bloopers & Practical Jokes. One of the Fox network’s earliest hits was Totally Hidden Video; when it debuted in 1989, it scored the highest ratings of any show on the channel to date. And Ashton Kutcher cemented his own celebrity by pranking other movie and TV stars on MTV’s Punk’d.

At Film School Rejects, Allison Loring explores movies that would play great with a live orchestra:

Would bringing live music back into theaters improve your experience of watching a film? Or would it feel like an old timey distraction? Eight-seven years ago, before movies were able to synchronize sound to the actual picture, having live musicians and orchestras perform as the film played was the norm.

The Artist showed audiences how silent films relied on the music to convey the feelings and emotions of the actors on screen in lieu of dialogue. But as film (and the film industry) moved into 1927 – film technology began to advance and recorded dialogue and sound synchronization became the way of the future as theaters began swapping out orchestras for speakers.

My colleagues and I have devised a mathematical model which can be used to predict films that become blockbusters or flops at the box office – up to a month before the movie is released.

Our model is based on an analysis of the activity on Wikipedia pages about American films released in 2009 and 2010. After examining 312 movies, taking into account the number of page views for the movie’s article, the number of human editors contributing to the article, the number of edits made and the diversity of online users, we could come up with good estimations for the prospective popularity of a movie at box office. The results obtained using this model, and the actual figures (published in Internet Movie Database (IMDb)) showed a high degree of correlation.