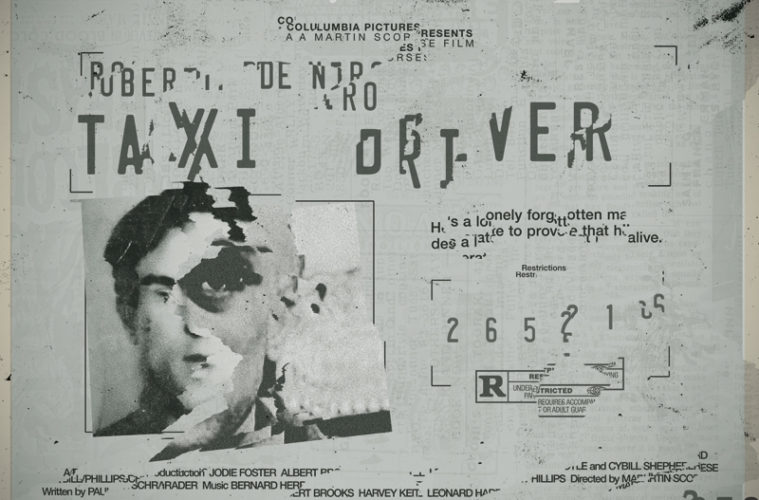 Above, an unused Taxi Driver poster made for SpokeArt’s Martin Scorsese tribute show this year. [SeekandSpeak]

Listen to Steven Soderbergh and Mike Nichols‘ commentary for Who’s Afraid Of Virginia Woolf? [Cinephilia & Beyond]

The 84-year-old Alejandro Jodorowsky says he still has “four or five more pictures” left in him and that he’s “not in a hurry.” [LA Times]

See a 2001: A Space Odyssey comic from a Howard Johnson‘s children’s menu. [Dreams of Space] A photo of Jenny Joseph posing for what would become the Columbia Pictures logo. A photo of Francis Ford Coppola and his The Godfather cast on set. A trailer for F.W. Murnau‘s remastered Tabu: A Story of the South Seas, which hits Blu-ray on June 17th.

BAM will have a two-week run of a new 35mm print of Andrei Tarkovsky’s Nostalghia beginning on May 31st and Kickstart a new documentary on the director. [BAM/Kickstarter] A photo of Alfred Hitchcock and his scripts.