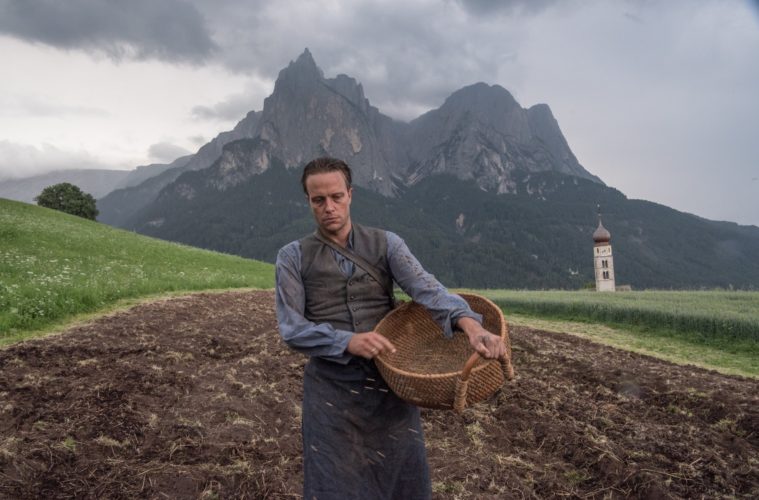 Terrence Malick Retrospective Coming to Museum of the Moving Image

As we reflect on the last ten years, it’s difficult to think of a director with a more thrilling, inventive output than Terrence Malick. After setting a high bar for the decade that still has yet to be topped with his magnum opus The Tree of Life, he delivered a trio of formally stunning, forward-thinking gems, a pair of awe-inspiring IMAX documentaries, and, finally, before the decade comes to a close, his acclaimed WWII-era drama A Hidden Life. If you’re in NYC you will now be able to experience all of these films on the big screen, as well as the rest of his filmography. Timed with the release of his newest film, Museum of the Moving Image in Queens is presenting a retrospective titled Moments of Grace: The Collected Terrence Malick.

Taking place November 15-December 8, and organized by Curator of Film Eric Hynes and Assistant Curator of Film Edo Choi, the series not only includes all of his feature films but a few other surprises. They’ll screen 1972’s Pocket Money, scripted by Malick, as well as Eugene Richards’ To the Wonder spin-off of sorts, Thy Kingdom Come, which was recently acquired by Grasshopper Film. Also in the lineup is the feature-length version of Voyage of Time, which finally made its U.S. premiere last fall at BAM with a live orchestra. While they don’t seem to be screening the extended edition of The Tree of Life, this is about as comprehensive as one can get.

Check out their announcement below and the schedule and formats here.

In celebration of Terrence Malick’s deeply spiritual, achingly ethical, and politically resonant new film A Hidden Life—which opens December 13, released by Fox Searchlight—the Museum presents a comprehensive retrospective: all of his features, including alternate versions of some titles, and works directed by others to which he either contributed or was featured, and a preview screening of A Hidden Life (2019). The films (all directed by Malick unless otherwise noted) are: Badlands (1973), Pocket Money (Dir. Stuart Rosenberg, 1972), Days of Heaven (1978), The Thin Red Line (1998), The New World (2005), The Tree of Life (2011), To the Wonder (2012) showing with Thy Kingdom Come (Dir. Eugene Richards, 2018), Knight of Cups (2015), Voyage of Time: Life’s Journey (2016), and Song to Song (2017).

As we await the retrospective and Malick’s A Hidden Life, see a new trailer and set images by Reiner Bajo above and below (via One Big Soul).

A Hidden Life opens on December 13.