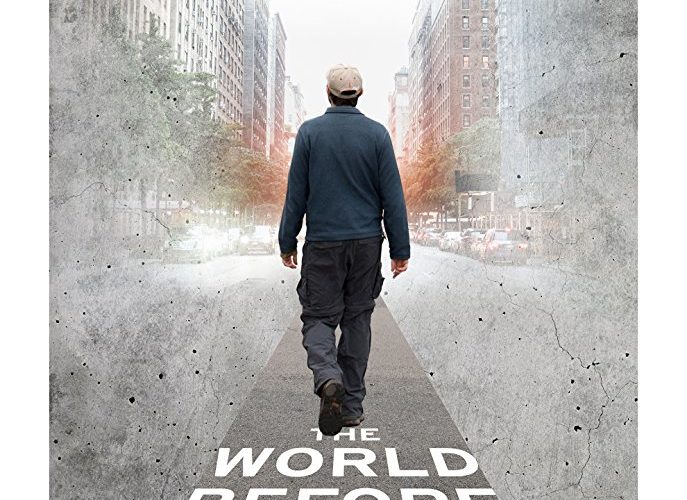 SXSW Review: ‘The World Before Your Feet’ is a Beautiful, Simple City Symphony

There’s an exciting world beyond the typical Manhattan-centric image that comes to mind when we think “New York City.” Jeremy Workman’s documentary The World Before Your Feet explores the forgotten corners of the city, from areas demolished for redevelopment to diverse neighborhoods through the lens of its subject, a likable 38-year-old ex-engineer named Matt Green, who is homeless by choice. Green lives on $15 a day, crashing on couches and house sitting while working on a blog with an overwhelming goal. For the past three years, he’s walked over 6,000 miles of New York City streets, parks, and paths, creating a blog post about each block. Along the way, he stops and takes photos but there isn’t a plan to monetize the work–that isn’t who Green is.

Years ago, Green walked 31,000 miles across America, from Rockaway Beach, NY to Rockaway Beach, Oregon. His newest endeavor is smaller, but no less difficult. In every weather condition, Green walks the five boroughs with the aim of learning the history of the city from going to the first birth control clinic in the United States to discovering every mural and shrine in the streets. On his journey, he becomes fascinated with a huge variety of things, from barbershops that spell their signs as “kutz” and “cutz,” to converted synagogues that have become churches, adapting to changing neighborhood demographics.

Usually traveling alone, the presence of Workman’s camera for the documentary causes some suspicion for citizens as Matt is often forced to explain why he’s taking photos or shooting video to residents, shops owners, and the police–even as they immediately warm up to the lovable weirdo after he explains his journey.

Halfway through, the story shifts gears, focusing on the biographical details of Green. Raised in middle-class Virginia, Green’s adventure worries his parents who lament that he doesn’t have a safety net, and that he’s had unrelated health problems in the past. The film also introduces us to past girlfriends who flesh out why their relationships with the friendly loner never quite worked out.

The World Before Your Feet is strongest though when exploring the city and its history, from the most polluted parts of Staten Island to lower Manhattan when the laser light 9/11 memorial is activated. Workman’s film is a gentle city symphony that provides a love letter to the five boroughs without much drama or tension. And even as its subject is technically homeless and living on $15 a day, Green couldn’t be happier with no plans for the future other than to walk and write.

The World Before Your Feet premiered at SXSW 2018 and opens on November 23.