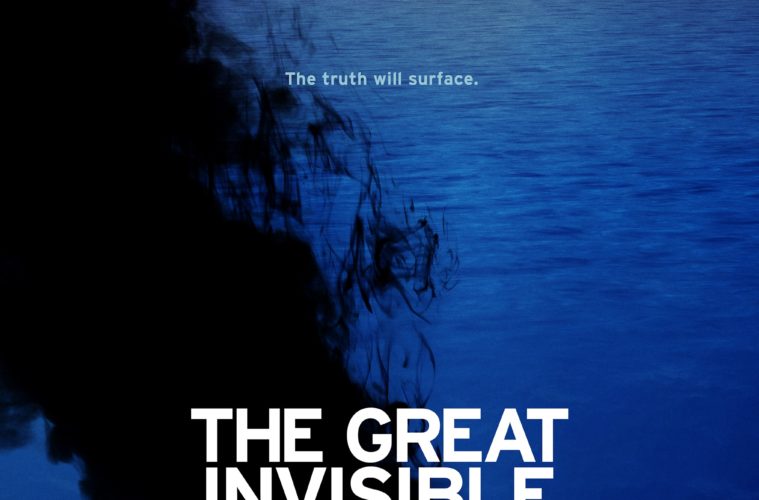 Margaret Brown’s The Great Invisible is often a frank reminder of what George W. Bush once said: “America is addicted to oil.” Exploring the event and aftermath of the 2010 Deep Water Horizon explosion, Brown intercuts between those with intimate knowledge of the rig, including workers who narrowly escaped death, archival footage that also encompasses BP’s response, a frank conversation between energy executives in Houston, and the on-the-ground effects in Bayou La Batre, a hub of seafood production. At times this narrative device seems risky and perhaps disjoined, but The Great Invisible is a large and haunting story to attack. Brown’s film is at her strongest when she focuses upon characters; if the film has one flaw is that she is perhaps doing too much in about 90 minutes. Bayou La Batre itself deserves a feature-length documentary, on the order of Brown’s excellent The Order of Myths.

Opening with home video footage from the Deep Water Horizon rig, one of thousands of rigs in the ocean (we’re later told BP has actually expanded this means of production), we learn corners were cut. Stephen Stone, one of the film’s talking heads, tells us while he was never formally remanded, when he asked for a break to get a drink of water that he should “not use safety as a crutch.” Stone and Doug Brown, survivors of the explosion, provide compelling insights into their work.

The middle section of the film, including the outrage at BP’s $20 billion dollar claims pool, administered by Kenneth Feinberg, is the part of the story that’s known, along with BP and then CEO Tony Hayward’s PR campaign to save face. The film’s strongest moments are those taking in Bayou La Batre, an impoverished seafood capital with accents so thick English-language speakers often require English subtitles. We get the sense this was always a “hard luck” kind of town, counting their blessings at a “Shrimp and Petroleum Mass” that Brown documents. The community sadly, and perhaps for good reason, is skeptical of Feinberg’s claims fund, refusing to even talk to an on-site BP attorney. Those on the Deep Horizon Rig, Brown and Stone, are still waiting for their claims. The Great Invisible also spends time in Houston, the capital of the oil and gas industry, at its annual Offshore Technology Conference (sponsored by BP). Here, engineering firms pitch ideas to maximize off-shore rigs through new technologies, and industry executives speak freely. One such casual meeting that the filmmaker is granted access includes a conversation amongst executives and a futures trader who discuss the good ol’ days in the industry. They too, rather shockingly, seem frustrated at American’s oil addiction – comparatively $4.00 a gallon is low, and compared to prices ten years ago, it is still high. While BP declined to participate in the film, these segments do provide a counter balance. We are indeed in a catch-22; the oil and gas industry are an easy target despite their awareness that this business is not sustainable long-term (at least not the US). Coal and other energy sources that offer the cheapest price per BTU, we’re told, will be what China will unapologetically burn as its GDP grows.

The Great Invisible is a challenging film to make; one that I’m not sure in terms of its construction completely fits together as masterfully as it should. It does answer an awful lot of questions, disturbingly showing how far we have not come in making progress towards low carbon energy sources. What it does document is a unique American catch-22 that may evolve towards a global catch-22 for developing economies.

The film’s most disturbing moment is when students from Alba Middle School in the Bayou are connected with scientists who witnessed the effects of the Exxon Valdez oil spill in 1985 as teenagers. Then the big one, with claims that are still being litigated, the impact of the Deep Water Horizon spill four years later remains still unquantifiable. Brown’s approach is one of subtle activism — it’s not a exactly a hit piece on big oil, so much as it’s truthful about the trade-offs involved to bring gas in at around $4.00 a gallon at the pump.

The Great Invisible premiered at SXSW 2014, where it received the Grand Jury Award in the documentary features competition. See the trailer above.