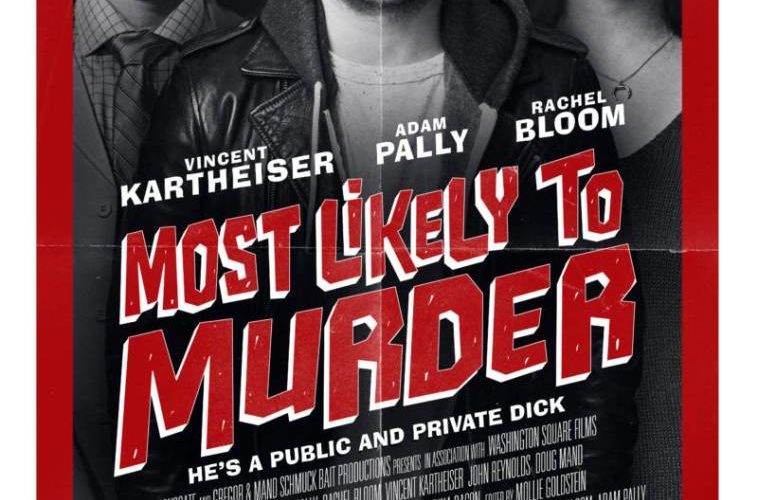 SXSW Review: ‘Most Likely to Murder’ is a Serviceable Sketch Thriller

Written by two life-long friends and comedy TV veterans, Dan Gregor and Doug Mand, Most Likely To Murder is a fun-enough comedy with a few laughs that never quite comes together when it matters, offering up cheap ’90s nostalgia rather than the kind of observational humor that might help it rise above the harmless type of movie designed for Netflix/VOD consumption.

Adam Pally plays Billy Green. Formerly a star in high school, he’s since moved out to Vegas, and is working his way up in the club scene. But after years, he’s only ascended to the rank of janitor despite leaving babbling voices mails for his ex, Kara (Rachel Bloom), about how well he’s doing. On his way to Long Island for his first trip since Hurricane Sandy, he ends up in the suburbs on a bender at the local Irish pub with his buddy, Duane (Mand). His ensuing journey is not unlike that of Zach Braff’s character in Garden State. Along the way we meet Billy’s exes, including Kara, who is now dating a sensible adult, Lowell (Vincent Kartheiser). Lowell, a long time target of bullying in high school (including t-shirts that read “Lowell has no pole” ) has since become a well-respected pharmacist, providing Billy’s pals with their Cialis and Rogaine treatments on the DL.

After Billy’s drunken bender, he finds evidence to suspect that Lowell’s mother (Constance Shulman) was murdered, finding inconsistencies with the timeline of her disappearance. Lowell and Duane set out to gather evidence, finding themselves in usual situations like spying on Lowell in the men’s room (proving their taunts were wrong), breaking and entering, and of course, some good ol’ fashioned Googling where it all comes together.

Most Likely to Murder, featuring many comic greats including Bloom, John Lutz, and John Reynolds in supporting roles, feels very much like a series of sketches performed at the suggestion of audience members shouting out random stuff. The thriller aspect is undoubtedly light, and given the reveal, it may not hold much water. And it doesn’t have the time, interest, or mental bandwidth to be an issues film.

As a comedy, it’s marginally successful with a few big laughs in absurd situations and a healthy worship of ’90s nostalgia as Billy and Duane refuse to grow up (otherwise known as “adulting”). They still liberally quote Ace Ventura and hold a candle for their past loves, and their masculinity seems to be formed completely through Dawson’s Creek. Bloom’s Kara, on the other hand, has some hidden depths, but Pally (a usually skillful and high energy performer), is given very little of an arc as the unlikable jerk. It’s hard to build a likable performance around someone who you’d probably walk away from at a bar, but Pally and director, Dan Gregor, almost pull it off. In the end, Most Likely To Murder with its lame brain situations and surface-level comedy is mostly just an R-rated sitcom.

Most Likely to Murder premiered at SXSW 2018.