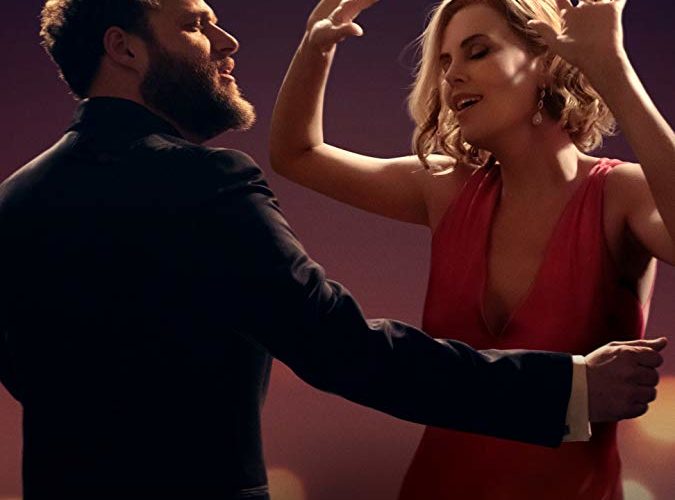 With a healthy dose of the occasional crude joke and casual drug use that’s become the hallmark of Seth Rogen’s brand of humor, Long Shot is Notting Hill with geopolitics, providing a light commentary on the state of Washington, D.C. As Charlize Theron and Seth Rogen channel the appeal and awkwardness of Julia Roberts and Hugh Grant, there are certain moments in Long Shot where I thought I might have been watching a new comedy classic. Unfortunately, Jonathan Levine’s rom-com slightly overstays its welcome with a predictably clunky third act that could have lost a few minutes.

The first two acts are filled with delightful charm as Rogen’s Fred Flarsky–an activist reporter writing for an alternative newspaper–infiltrates a Neo nazi group in Brooklyn which counts amongst its members “Arian Grande.” He’s fired (or quits) when his paper is bought by a Roger Ailes-esque mogul. Meanwhile, in our nation’s capital, Secretary of State Charlotte Field (Theron) finds herself at odds with Bob Odenkirk’s hillarious TV president, an actor who got elected to the highest office and now sets his sights on a movie career. Theron’s character is also being courted by the Canadian Prime Minister, played by Alexander Skarsgård.

Cut to a swanky shindig and meet-cute set to Boyz II Men when Flarsky and Field realize they know each other–she used to babysit him. The encounter eventually leads to a second meeting where Flarsky is hired as Field’s speech writer setting a series of globe-trotting events in motion.

While effectively skewering the culture of Fox News, a TV presidency, and the unfortunately not-passé rule that pretty women have to work harder in politics (and can’t date man-children who dress like 90s hip hop artists), Long Shot is perhaps most effective at finding comedy in emotional truths and the chemistry of its leads. The political commentary is entirely surface level, treading too lightly where others have gone before without political outrage, lightly prodding its all-too-obvious targets in today’s age.

Despite playing it safe, Long Shot is a fairly winning crowd-pleaser, generating big laughs with Rogen delivering great one-liners in awkward situations, like when Field’s advisors (June Diane Raphael and Ravi Patel) dress him in a traditional Swedish suite for a global summit. The political commentary in a script by Dan Sterling (The Interview) and Liz Hannah (The Post) never quit finds its footing, attempting to feel timely in the Trump era in which Fox News serves as either a mirror or a cheerleader for the party in power. By only beginning to cut at the surface of systemic sexism, in a few years, it may become as dated as Chris Rock’s Head of State feels in a post-Obama era. Still, the reason to see Long Shot is for its big laughs and endearing performances from Rogen and Theron.

Long Shot premiered at SXSW and opens on May 3.