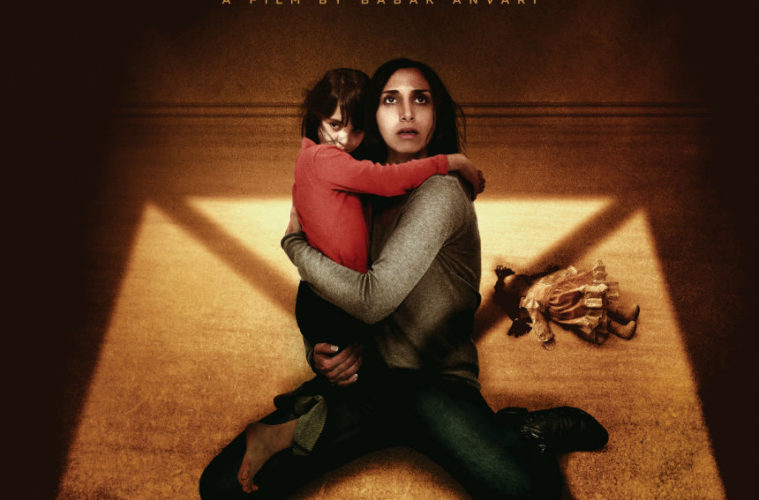 [Sundance Review] Under the Shadow

Cinema is often a space for abstract, subconscious expressions that require airing. Under The Shadow is an inspired psychological thriller from Iranian filmmaker Babak Anvari that effectively delivers the thrills expected, and more. Here, the horror is both personal and natural. It’s a theme found amongst a few world cinema selections at Sundance this year, notably the cancer drama A Good Wife, which also uses the landscape of the war torn Bosnia as an emotional theme.

Under The Shadow functions on multiple levels; as a rich horror thriller it first and foremost effectively delivers the jumps and scares and any good entry into the genre ought to. The specter of the film’s setting, Tehran, Iran circa 1988, increases the tension as the external world comes literally crashing into the domestic space, haunting the dreams of Shideh (Narges Rashidi) and her daughter Dorsa (Avin Manshadi). The physical world is also subject to tensions as Shideh’s independence is threatened at every turn, first from patriarchy as she struggles to continue her medical schooling, then the war outside her door, which has taken her husband and the ghosts that lurk in their apartment building (as seen by Dorsa). Shieh, assuming the role of protector, has few life lines outside of the apartment building.

Long silences are punctuated by the usual creaks and crashes in the night as the building and the city empties out. The tension is then ratcheted up, well shot in tones of black and brown by Kit Fraser. Let’s just say the film is not quite as contained a thriller as the premise suggests. A slow burn, Under The Shadow is mostly effectively paced by editor Chris Barwell and it gets a lot of milage out of its premise even if it doesn’t quite take the time to orient us beyond an inter-title. By comparison, Asghar Farhadi, making films largely for an international audience, takes the time to orient us and explain the complexities of Iranian culture within his narrative.

With that minor quibble aside — really, this is a quibble with horror in a larger sense — Under The Shadow is a rare genre film of emotional and political complexity, one that’s well-acted and directed, even if the psychological horror is front and center. Genre and art house fans ought to find something to embrace here despite the requirement to lean in a bit to the subject matter as Shideh is haunted by internal, external, career, political and maternal pressures. These themes are largely handed well by Anvari and Rashidi, an engaging Iranian-born actress who mostly works in Germany, and this deserves to be her international break-out role.

Under The Shadow premiered at the 2016 Sundance Film Festival and will be released on October 7.