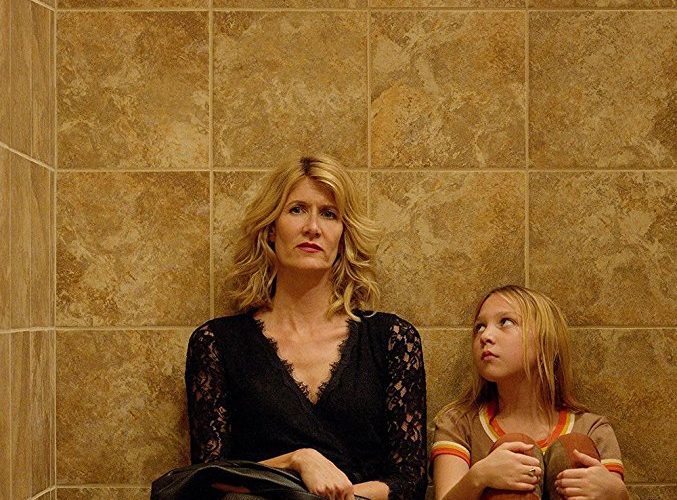 Sundance Review: ‘The Tale’ is a Soul-Excavating Cinematic Memoir of Sexual Abuse

What does your life mean if the memories that have defined you are revealed to be false? What if the memories are tied to devastating trauma? For Jennifer Fox (Laura Dern), when letters are unearthed revealing more about a “relationship” when she was 13, she starts to not only investigate in the present-day, but excavates the memories that she’s repeated since the trauma and opens a dialogue with her younger self (Isabelle Nélisse). What she perceived as a relationship was, in fact, repeated rape. Directed by Fox herself, The Tale is an emotionally debilitating drama, the powerful kind that makes one want to scream rage at the events on the screen, but are choked by silence as the credits roll, comprehending the irrecoverable damage caused to the protagonist and the director, as the events are based on her own life.

When Jennifer just became a teenager, she wrote “The Tale,” a story which had been buried in a box at her childhood home. Receiving a phone call from her alarmed mother Nettie (Ellen Burstyn), who just discovered the pages, it becomes quickly clear that what Jennifer thought was a beautiful connection of mutual love–between herself, her horse-riding coach Mrs. G (Elizabeth Debicki), and her running coach Bill (Jason Ritter)–was in fact premeditated, systematic deceivement to coerce and seduce her into continual molestation and rape. It’s the way that Fox (the director) weaves the past and present together, all while questioning each, that makes The Tale much more powerful than, say, reading a comprehensively-reported news story, like the many we’ve seen in the past months. Through Dern’s shatteringly honest performance and being conscious that Fox was guiding her to tell a story this personal, the cumulative effect is a devastating one.

The film, shot by Ivan Strasburg, carries an unembellished style as if Fox is saying that nothing else matters except the truth, and the difficult path in trudging up forty years of distance from it. Exploring the ideas of memory not unlike last year’s Sundance premiere Marjorie Prime, the ones at the heart of The Tale are much more complex and destructive. For decades, Jennifer believed she was a more mature 15-year-old (played Jessica Sarah Flaum) and this was her first love, which we see in flashbacks. As she realizes it was actually two years prior, we revisit the flashbacks, but now we see her replaced by a younger, more vulnerable character (Nélisse). In a matter of a cut, the emotional weight of this abuse comes flooding back and forces a confrontation carried out in dialogue between the past and present Jennifer. As she continues to investigate both her memories and the present-day status of those involved in the events of 1973, Fox intercuts back and forth, the lies she told herself falling away as piece by piece the complete picture of assault forms. While Mrs. G (played by chilling Debicki) lures Fox in with her attractiveness–she’s “the most beautiful woman I’d ever seen,” Fox says–she’s passed off to Bill, played with an unsettling nonchalantness by Jason Ritter, creating one of the most horrifying on-screen villains. Utilizing body doubles so Nélisse never actually made contact with Ritter–as explained during the credits–the abuse is rendered in an explicitly stomach-churning way, as to replicate just a portion of what Fox–and millions of other girls–have endured.

With The Tale, Fox has not only created a deeply personal investigative memoir, but one that could stand as a model to those that have been abused and seek the truth and some semblance of retribution. Showing the psychologically grueling, often confusing process of realization, acceptance and, ultimately, confrontation, Fox bravely handles each aspect with detail and care. In the months to come, many films will be labeled at “the movie of the year,” but none will feel as resonant as this story. The Tale is a soul-excavating reckoning with the suppression of trauma and a testament to the courage required for a victim to confront the most damaging moments of their lives.

The Tale premiered at the Sundance Film Festival and premieres on HBO on May 26.