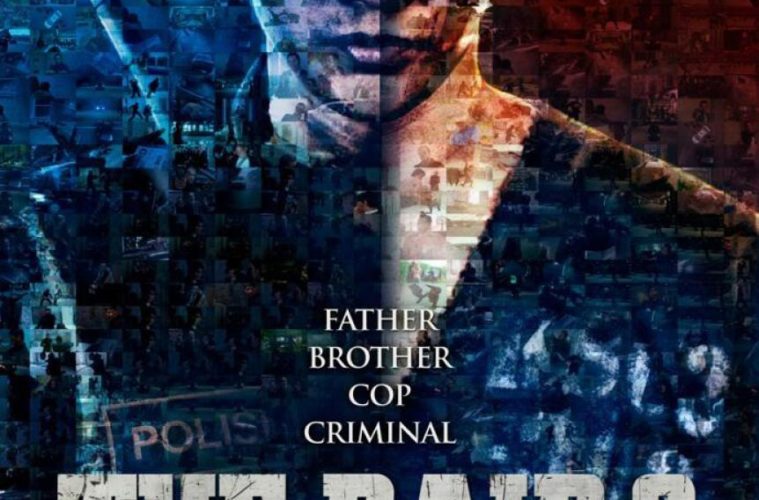 Relentlessly brutal and violent, The Raid 2 is an appropriately over-the-top sequel to the original action blockbuster. Directed by Gareth Evans, the film is a kinetic frenzy of punches, kicks, elbows, machetes, shivs, baseball bats and hammers blended together into a bloody pulp of cinematic entrails. Shooting with an entirely Indonesian cast, as well as a few Japanese actors to make up the Yakuza, this sequel aims to expand upon the chronicles of Officer Rama, played with ferocious prowess by martial arts expert Iko Uwais. But while the original’s strength lied in the simplicity of its premise, The Raid 2 cranks every element of the production to deafening levels of chaos. Featuring an unbelievable body count, insane fight choreography and action set-pieces that defy reality, Evans’ film builds to operatic levels of mayhem.

The plot picks up right where the first one ended, Rama recovering and being debriefed by his superiors. He’s tasked to go undercover in prison and infiltrate the upper echelon of crime originations that rule the town, with the hopes of taking them all down from within and protect his family from potential gang retribution. The plot points do not cohere particularly well, but then this film is less concerned with plot holes and more concerned with bullet holes.

These first twenty minutes are filled with exposition, introducing a wide array of new characters to set up dynamics of a larger crime syndicate. However, this deceptively slow pace does not last for long, as the film kicks into high gear as soon as Rama lands himself in prison, essentially taking on the entire population single-handily.

Once Rama earns the trust of the crime organization, we are introduced to a handful of new characters that offer up some wickedly sadistic behavior for him to confront. From a maniacal Dr. Strangelove mafia boss to comic book goons like the merciless Hammer Girl and a thug who uses an aluminum bat and baseball to pummel his victims. While some of their personas are a bit cartoonish, it works within the context of exaggerated violence. Characters who died in the previous film pop up here without much distraction. For example, fan favorite Yayan Ruhian returns as a homeless, machete-wielding hit man. All these added elements may seem jarring at first but Evans is clever with how he weaves them together, deftly balancing the pace of the action with the plot.

In no ways perfect and sporting violence that is sure to be overwhelming for some, The Raid 2 accomplishes what it sets out to accomplish: a visceral assault on the senses. There is an intrinsic beauty to the rhythm and flow of the camera movement, quick editing and lightning-quick fight choreography that result in unparalleled frenetic brutality. Throw in two unbelievable car chases, an astonishing prison riot and a jaw-dropping final fight scene so dense and intricate that it could easily be one of the best ever committed to film. It is truly unlike any other action film that Hollywood has ever tried to produce and hopefully this will open new avenues for the talented filmmaker. For those who enjoyed the original primarily for the purity of its action scenes, The Raid 2 over-delivers on all that insanity with vigor.

The Raid 2 premiered at Sundance Film Festival 2014 and will be released on March 28th. One can see our full coverage of the festival below.