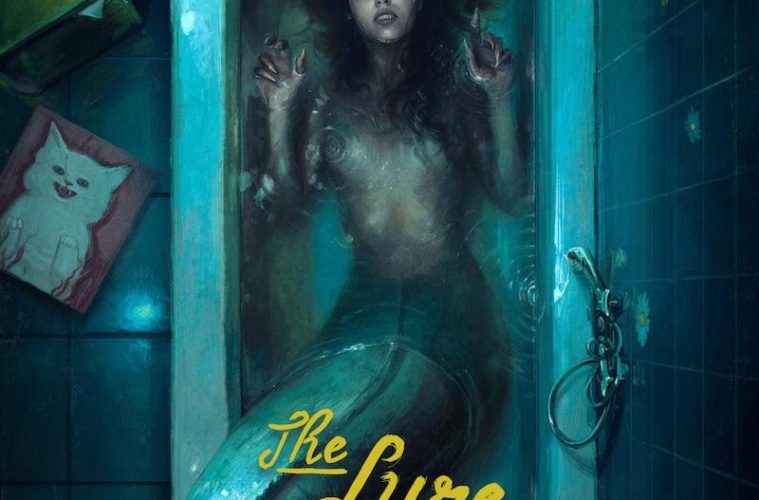 Where but at a film festival do you get the chance to see a Polish musical romance about two man-eating, mermaid sisters (Marta Mazurka and Michelin Olszanska)? As directed by Agnieszka Smoczynska, our finned and fanged leads, Silver (Mazurka) and Golden (Olszanska) are roped into a club-singing act at the start, taken in by a money-hungry show-runner called The Boss (Zygmunt Malanowicz) and a family of performers, before love and bloodlust get in the way.

There is plenty here you will have never seen before, though it all comes together to move in a disappointedly familiar direction. As Silver develops feelings for Mietek (Jakub Gierszał), the blonde son of the family, Golden is compelled to act on vampiric impulse. Mazurka and Olszanska are stand-outs here, injecting an uncanny mix of innocence and sensuality to their characters.

Dubbed The Lure by The Boss, their act quickly gains a following, performing a quasi-burlesque show in which the sisters are dosed with water to show off the goods. Despite the success, Silver wants to lose the tail and become human. Mietek admits that, though he is attracted to her, he’ll never think of her as ‘more than a fish.’

A compelling fairytale wrapped in an 1980s rock opera, Smoczynska offers up plenty details to admire from start to finish. Clever world-building touches include the sonar language through which the sisters secretly communicate, the anatomy of their tails and the mechanics/rules of removing said tails. Not to mention the wonderfully over-the-top production design.

The hyper-violence meshes well with the musical numbers throughout, though the story being told stalls somewhere in the middle. Silver’s warned of falling in love with a human. If Mietek marries someone else, she turns into sea foam at sunrise. Sadly, the ending feels clear well before we get there, both sisters never amounting to much more than cyphers. Despite the creativity on display, the character choices and fatal decisions feel cliched. Even at a spare running time of 92 minutes, the film drags in the third act, building to end of a narrative less compelling than the world it lives in.

Still, there is far too much here not to recommend. This is nothing if not brazen and intriguing filmmaking, and should be sought out and discussed, despite its shortcomings.

The Lure premiered at the 2016 Sundance Film Festival and opens on February 1, 2017.