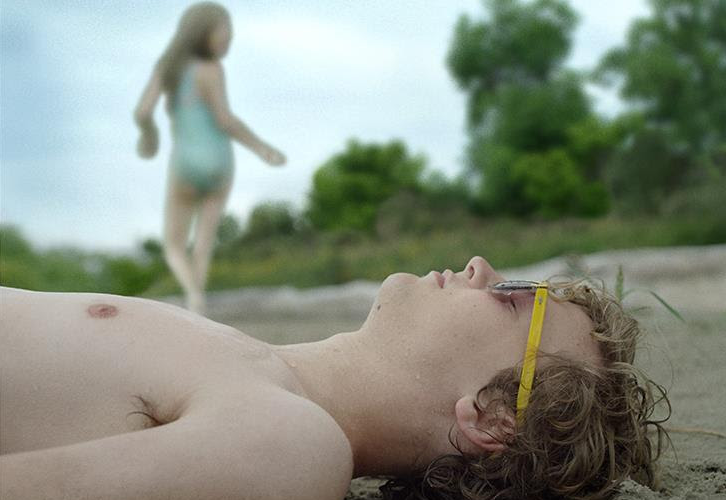 [Sundance Review] Take Me to the River

A strong, quiet and confident debut feature, Take Me to the River announces the arrival of its writer-director Matt Sobel, whose first feature shows quite a command of his storytelling. Aided by the editing of Jacob Secher Schulsinger (Force Majeure), each scene builds a unique rhythm and tension and we’re not quite sure where its going or what has exactly happened. Haunting and brutally honest in its restraint and narrative simplicity at times, Take Me to the River captures above all a unique and unsettling tone: mixing comedy, drama and thriller elements, it’s a dark and exhilarating watch.

A difficult feature to discuss without spoiling its mystery and effect, Take Me to the River opens with a narratively efficient scene setting up what in a lesser picture could be the sole conflict: Ryder (Logan Miller) is a teenager who asks his mother Cindy (Robin Weigert) if her family in Nebraska knows he’s gay. Married to a California liberal Don (Richard Schiff), Cindy is already the black sheep of the family, having left the farm at a young age for the coast.

Ryder is different, of course. Unafraid of wearing short shorts, his sexuality is never in question simply because the iconography associated with his appearance is lost on the family. Accused of something far more sinister yet unspoken, he’s made an outcast by Keith (Josh Hamilton), his uncle who has worked the land. A symbol of rouge masculinity and conservative family values, he’s at odds with the liberal Jewish wing of the family, setting up an exhilarating conflict with ambitious intensions. The film’s third act is quite tense, building towards a resolution that seems emotionally accurate in the ambitious nature of its closure. The performances are excellent, from Weigert’s Cindy, a loving advocate for her son trying to protect him from external forces, even as he grows, to Hamiton’s Keith, a manipulative family values man of faith. His 9-year old daughter Molly (Ursula Parker) provides what may be the bravest performance with emotional complexity and confusion relatable to the audience.

Take Me to the River is sparse, allowing us to witness and take in what is a most uncomfortable family reunion. While filmmakers of Sobel’s generation have taken to the “contained” structure to create self-centered portraits of 20-something problems, Sobel turns this genre on his head.

Despite the vast open space, lensed beautifully by Thomas Scott Stanton, the film is narratively claustrophobic, beautiful, disturbing and ripe with conflict from scene one without letting up until its potentially too on-the-nose release in its final scene. The material never quite plays out as you’d expect — this type of ambitious, personal filmmaking is what indie cinema should be about. While simply watching, observing and inviting us inwards to a reunion that proves to be emotionally disastrous, Take Me to the River provides a fresh and haunting perspective on the “family secrets” subgenre.

Take Me to the River premiered at Sundance Film Festival and opens on March 18th.