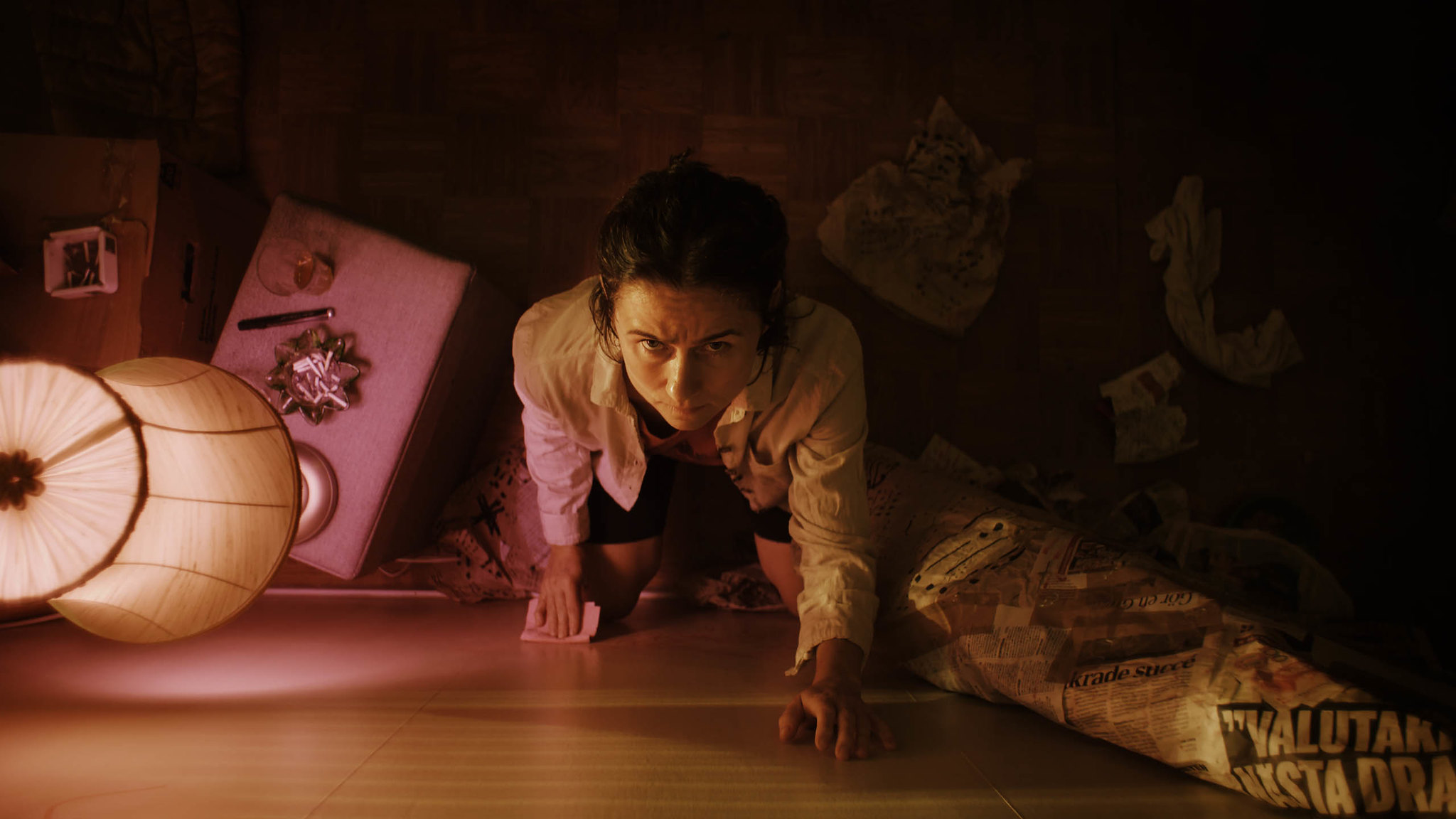 Swedish director Frida Kempff’s debut feature Knocking taps into a human moment: attempting to sleep and hearing a persisting noise just outside of your grasp. Set during a summer heatwave, the film uses this simple premise to create a character study of Molly (Cecilia Milocco), a recently traumatized woman affected by her partner’s apparent ocean-related death. The film’s power rests in its uncertainty of Molly, of her neighbors, and of the noises she’s hearing.

Molly, recently discharged from a psychiatric hospital, lives with time on her hands, seemingly unneeded by anyone or anything. As she attempts to make a home out of her bare apartment, this knocking begins. Not loud or initially intrusive, the sound comes from somewhere above her, though she cannot place its origin. Her mental state remains a point of contention, as you want to believe her desperation, but struggle to grapple with her decision to walk outside without shoes on, to look through others’ trash, and to imagine the death of a woman living in an adjacent building.

A pulsing, building score by Martin Dirkov heightens an already-steeped tension in the film, as Molly loses control with increasing urgency. Kempff renders the film bare, with little character-to-character interaction, keeping it squarely on Molly’s mental state, one that only deteriorates through the brisk 78-minute runtime. The intensity never lets up, delving deeper into the pangs of isolation, and the consequences of the inability to control a worsening situation.

From a reappearing stain on her ceiling to the cries of a girl she hears through a bathroom vent, the apartment building itself becomes the secondary force surrounding and suffocating Molly, a woman whose lack of support (through family or friends) provides a backdrop for her instability. Kempff highlights this isolation as Molly becomes obsessed with the knocks and thuds, creating a lite version of a muder investigation board on her sparse apartment walls. Knocking’s tightness affects you the longer it sits in this heat-stricken location, as it feels too optimistic to call it a home.

Her little interaction with the outside world, limited to police officers, upset neighbors, and a persistent doctor existing on the other side of a telephone call, offers a glimpse into what Molly lost when her partner died. Everyone gaslights her frantic ideas of abuse and pain existing within the confines of their community, either unable to accept the truth, uncaring in her validity, or just unwilling to believe this single woman’s cries for help.

Kempff leaves the reveal to the question of Molly’s sanity until the last moment of the film, at the end of a sequence charged with a shaky, unstable lens. Throughout the film, the camera grows closer to Molly, until it feels inches from her face during a tense, speedy final act. Due to a short runtime and an aversion to extra details, Knocking ends with a lack of finality or satisfaction, though.

Living with Molly for only 78 minutes feels like a slight to both her and the ideas Krempff hopes to explore. There’s a limit to the empathy given to Molly, by the film and likely by the audience, due to minor explorations of her relationships, her happiness, and her wants for the future. She exists in this shell of a woman screaming at the top of her lungs, fighting herself and everyone around her. Molly isn’t given the proper time or care to break out of this shell, regardless of the incredible performance Milocco provides. Milocco threads a needle of insanity and clarity with relative ease, becoming a centerpiece that mesmerizes you. She deserves enormous praise, regardless of some of the film’s undeveloped intentions.

As a first film, as with many Sundance debuts, Knocking should create excitement around Kempff in the international directorial space. She crafts a film that grabs hold of you and doesn’t let go, one that’s equally absorbing in look and performance, despite a diminished importance mere hours after it ends.