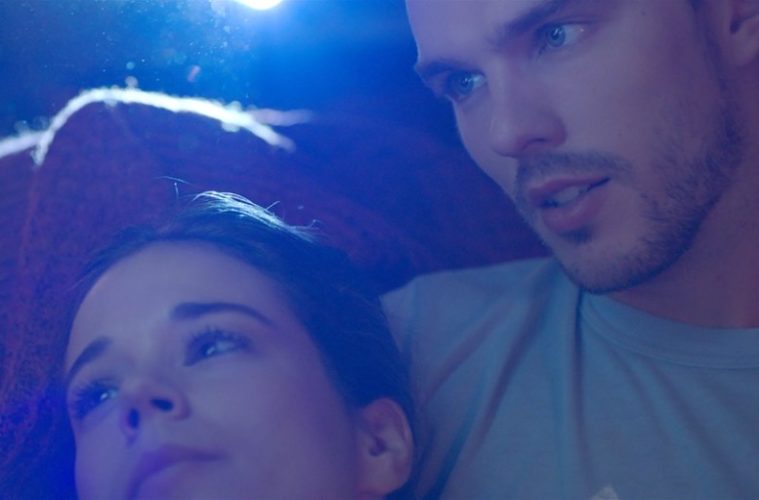 Sundance Review: ‘Newness’ is a Stagnant Look at Modern Love

Drake Doremus‘ assured and incisive take on long-distance love, Like Crazy, won Sundance’s top prize six years ago. If his latest sci-fi romance Equals did not meet its high expectations, it certainly inspired the director to go back to the basics of the winning formula that heralded his break-out.

Newness, his latest handheld-shot drama, captures love in the age of Tinder hook-ups (replaced here by the fictitious app Winx) and millennials completely turning their backs on commitment by replacing it with open-ended relationships. The two millennial leads this time are Nicholas Hoult as Martin, a pharmacist addicted to his hook-up app, and Laia Costa as Gabi, a Barcelona-born physical therapist that uses the same app to hook-up and, as she says, to “find someone that can actually make me come.”

Both coming from failed Winx hook-ups that same evening, the two meet and grab some drinks. After some loose and effortless banter, it immediately comes to their attention that, to much shock, they actually like hanging out with each other. This bewilderment on their part gets them to embark in more than just a “no strings attached” kind of relationship. In one particularly zeitgeisty scene, they both delete their Winx apps at the same time in front of each other, a millennial badge of honor for those entering “serious” dating territory these days. One wishes there were more little details like that to make the film more relevant than it actually thinks it is.

It isn’t too soon that they start to get bored, restless, and infuriated by the fact that they have to practice monogamy. So, they decide to change their status to an “open relationship.” Hoult starts hooking up with an ex co-worker and Costa meets a gentleman in his late 50’s (Danny Huston) that seems to fire a spark with her rebellious daddy issue side.

Open relationships can work but in most cases they don’t and watching a film like Newness doesn’t put things into perspective as much as it puts one into the frame of mind of watching a trainwreck waiting to happen. Jealousy is a powerful thing and it starts to invade these two naive minds to become a serious burden on their future. We’ve seen films like this before and we don’t need a millennial setting to know that the themes of this story are as ancient as biblical times.

Doremus does get off to a promising start with both characters hooked on sexually experimenting with each other’s feelings. A particularly fascinating scene has Gabi watching Martin out on a date, flirting with a girl and trying to hook-up. This results in passionate, jealous-ridden sex between Martin and Gabi, which becomes the only way they can get turned on with each other. Their mindset in a nutshell:  “I mean, there are just so many damn apps to hook-up, why bother with just a single partner, right?” The only way to get them off is to get jealous. She watches Martin get a lap dance, and even hook-up with a girl at a club, which ends up turning into a threesome.

The problem with a film like Newness isn’t necessarily what it’s trying to say as much as what it doesn’t say. There is always room for a film to study a relationship, but the best examples evoke new aspects of romance (or the lack of it) and give a fresh perspective on what it means to be in love and not just tackle fragile minds full of restless doubt and jealousy. Hoult’s character is haunted by his ex-wife’s miscarriage, the grief ultimately ending their marriage. Costa, although having sex with a wealthy middle-aged man on the side, becomes jealous about it and they fight, and fight, and fight some more, but none of this has to do with the more pertinent and fascinating exploration of love in the digital age.

Newness will occasionally remind one of the raw talent Doremus has, but a screenplay like this one leaves him narratively stagnant. He gets great performances from his actors, both convincing as lovers, but there’s something missing in the execution. Newness attempts to be a prescient look at modern passion, but it ends up recycling the same old tired clichés that invade most sappy cinematic love stories.