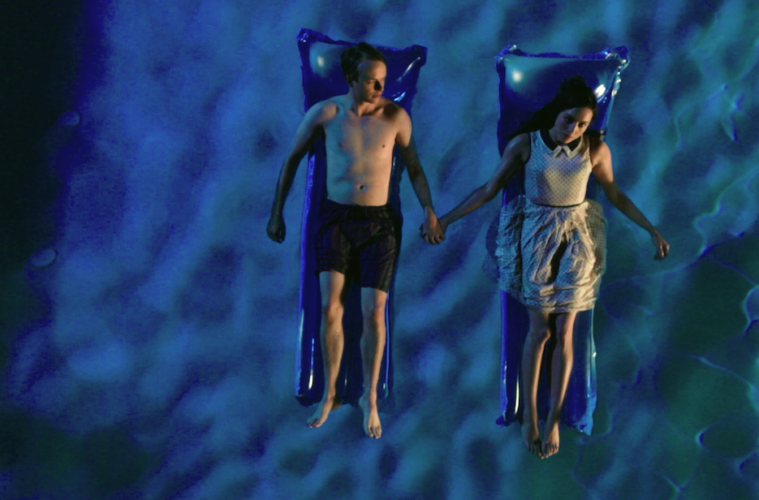 In 2013 we got a romance-tinged take on the zombie genre with Warm Bodies and this year’s Sundance Film Festival brings a smaller-scale, independent effort also attempting to explore the horrors of love with Life After Beth. Following our title character (Aubrey Plaza) who unexpectedly dies, her boyfriend Zach (Dane DeHaan) is considerably freaked out when he learns that she has risen from the dead. While her condition is slowly revealed, a few amusing jokes on the zombie myth are crafted, but unfortunately it’s an undercooked, blandly directed film that doesn’t use its premise to its full potential.

Opening with only a few shots of Beth alive, hiking before a snake bite will kill her, we then jump to her funeral, in which her family and friends grieve. As the days pass, distraught over her death, Zach becomes closer with her parents, playing chess and smoking pot late into the night with her father (John C. Reilly) and acquiring one of Beth’s scarves to remember her by, from her mother (Molly Shannon).

Stopping by her house one day, Zach catches a brief glimpse of Beth through the window and although he’s determined to enter the house, her parents won’t allow it. The next day he storms in, uncovering a seemingly normal-looking Beth, oblivious to the past week’s events. After an initial apprehension, he’s intent on making right the wrongs in their relationship and that begins a fairly tedious and uninvolving second act in which Beth gradually becomes more zombified. Unlike the scares, tension and visually-geared laughs that Edgar Wright brought to the genre with Shaun of the Dead, this directorial debut of Jeff Baena (co-writer of I Heart Huckabees) feels rushed, with no discernible vision behind the camera. For a film about retaining a relationship, even if one-half of the couple is a zombie, there’s also fairly little emotional weight. Perhaps this could have been aided if we’d have seen any backstory of Zach and Beth in love, but we’re left not caring if any of our leads fall prey to the expanding zombie apocalypse.

As evidenced in any number of films, John C. Reilly is the comedic highlight, providing funny reactions and one-liners as he attempts to protect his daughter from the outside world, all while trying to not reveal her condition. A charismatic Dane DeHaan takes the material seriously, also reconfirming his status as a promising up-and-comer, even if his arc is disappointing. The talented Aubrey Plaza is sadly wasted, with her initial transformation being believable, but what follows isn’t humorous nor frightening. There would be some goodwill gained if Baena didn’t cop out during the finale, but Life After Beth remains a mildly funny film in search of a director with some bite.

Life After Beth premiered at Sundance Film Festival 2014. One can see our full coverage of the festival below.