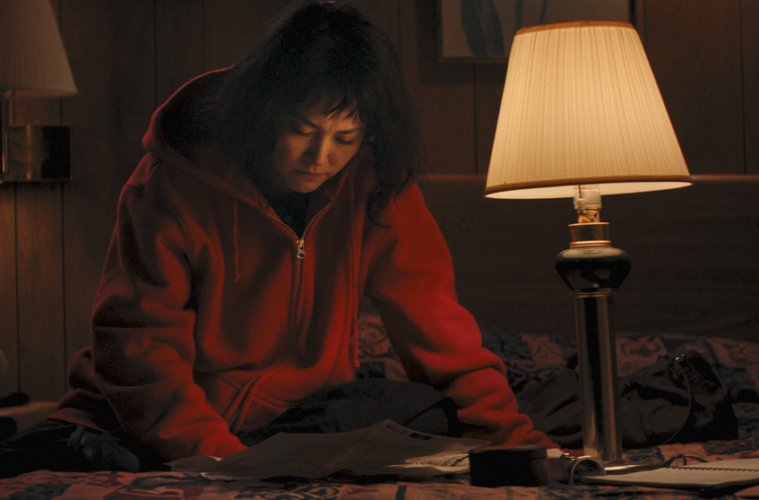 The Zellner brothers are Sundance darlings, having had several short films and their last two features appear at the festival. This year they are back with Kumiko, the Treasure Hunter, their first entry in the official dramatic competition and a film that continues the tradition of their off-kilter brand of dark humor. Featuring a solid performance by Rinko Kikuchi (Pacific Rim, Babel) as the titular Kumiko, the film is a melancholy parable about mental illness. However, there is an uncanny amount of dissonance in this frigid fairy tale about a Japanese woman’s unhealthy obsession with the movie Fargo. Similar in tone to their deadpan Kid-Thing, Kumiko’s journey is oddly paced, aimless in direction and ends up leaving one’s mind in a state of doldrums.

The film opens hypnotically with Kumiko walking the shores of a beach and uncovering a VHS tape of Fargo buried in a cave. Moments like this, to which there are a few, represent the Zellner brothers abstracting elements of Kumiko’s life through her subconscious. We then are dropped into the delirious repetition of her day-to-day life, feeding her cute rabbit Bunzo, working at a dead-end job and then obsessively watching and studying the scene in Fargo where Steve Buscemi buries the bag of money in the snow. For whatever reason, she convinces herself that this fictitious prop is real and waiting for someone like her to find it. Despite being enveloped in Kumiko’s introverted world from the onset, we are never privy to much of her persona beyond that, making her feel almost like a one-dimensional prop for the Zellner’s unusual scenarios. As reality becomes too difficult for Kumiko to bear, she decides to abandon her life in Tokyo and travel to the icy plains of Minnesota in hopes of unearthing her buried treasure. Using a stolen credit card from her employer and abandoning her bunny in the subway, she arrives as a stranger in a strange land. Wearing nothing more than a over sized red poncho and wielding her hand drawn map to pinpoint the location of the treasure, Kumiko wanders through the desolate cold, encountering a series of people that are teeter on caricatures of Midwestern stereotypes. As the film uncomfortably unfolds to an inevitable conclusion, nihilistic overtones encapsulate any emotional connection to her struggle.

Based loosely on a true story, Kumiko could have been a compelling examination of the fragility of a mind on the verge of a mental breakdown. Instead, the Zellner brothers opt for sight gags and uncomfortable silence, calling too much attention to their stylistic direction over creating any real sympathy for its main character. While some elements of the production are commendable, like the haunting cinematography by Sean Porter and a surreal score by The Octopus Project, none of it is enough to elevate the film from tonal banality. Kumiko, the Treasure Hunter is an unusual amalgamation of off-kilter cinematic elements that might appeal to fans of the duo’s previous work, but for most, it will likely be a journey not worth taking.

Kumiko The Treasure Hunter premiered at Sundance Film Festival 2014. One can see our full coverage of the festival below.