Sundance Review: John and the Hole is a Stylish, Empty Look at Feigning Adulthood 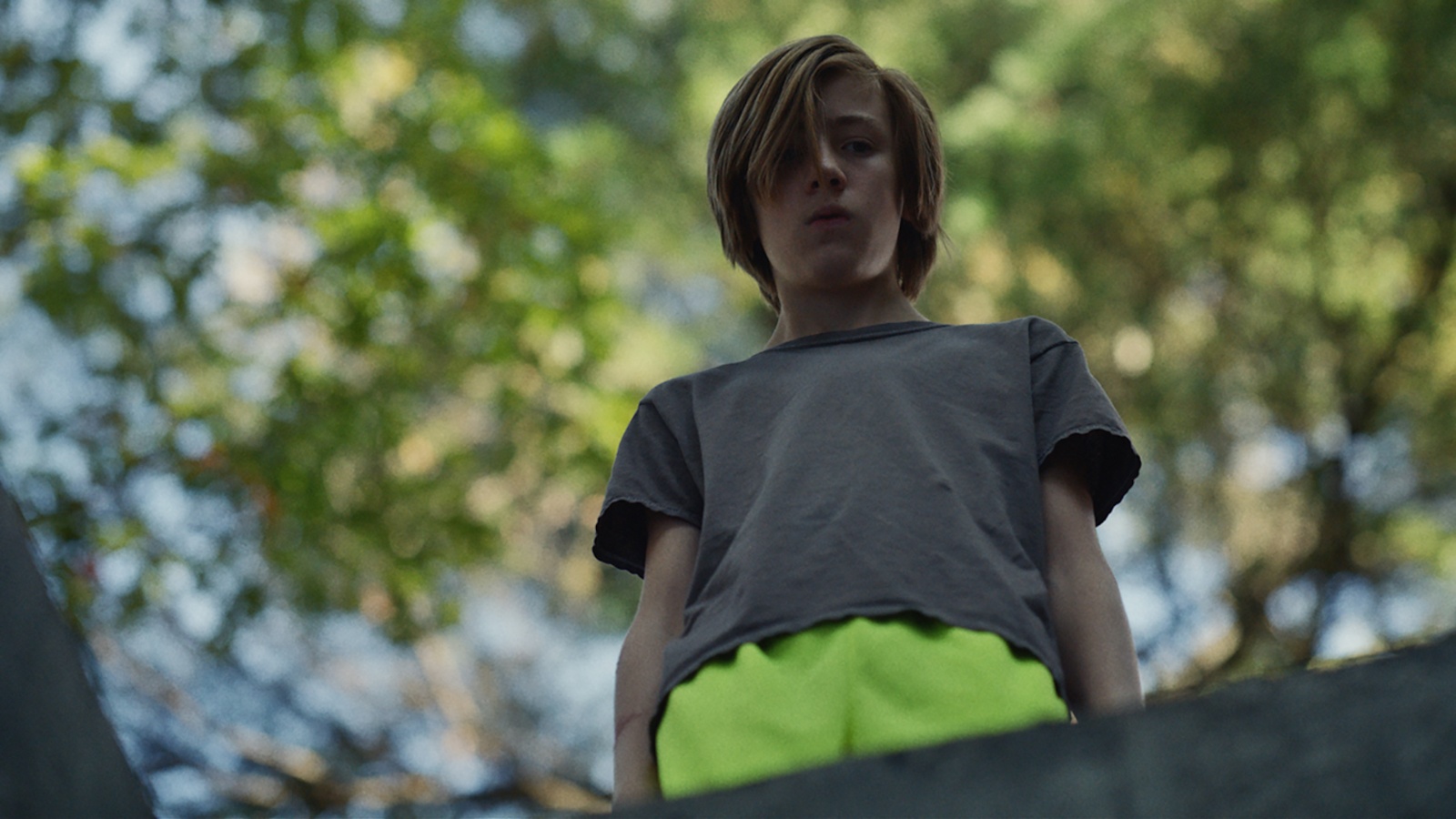 John and the Hole, the directorial debut from Pascual Sisto, is exactly what you’d expect from its title. The film, written by Nicolas Giácobone of Birdman, depicts a 12-year-old boy named John (Charlie Shotwell) who finds a hole in the ground, trapping his parents and older sister in said hole for an extended period of time. Early in the film, his parents correct him, telling young John that actually it’s a bunker, not just a simple hole. Much like the first 15 minutes of the film, John doesn’t flinch at this or any other happening, including his experiment of drugging the local gardener.

This boy, obsessed with adulthood, begins living out his Home Alone lifestyle, trading mischief for daily errands like driving to the ATM. He goes from eating takeout fried chicken to cooking risotto, living alone in a big house and attempting to see death with his best friend through intentional drowning. John’s independence comes with little consequence, as he mimics his parents’ voices in phone calls, has an endless supply of money (to him), and no real responsibilities. That might be the problem, though, as John seeks this adulthood in all of its fake glory, feigning independence at the age of 12.

The script does little to service Shotwell’s deadpan performance as a psychopathic boy watching his family starve while he plays tennis video games. As a narrative, the film makes enough sense, existing as both an allegory and real-world story concerned with independence. Sisto tries to draw more out of this script and this story of familial kidnapping, inserting a redheaded girl who hears the tale of John from her mother in some sort of alternate universe or timeline. She hears this allegory firsthand, and her story is seen in short scenes permeated with an unneeded sense of dread, culminating in her own realization of adulthood. This side story adds time, not value, to a film that already begs the question, “Why?” without giving a meaningful answer. There’s a longing to extract more from this story outside a surface understanding, but time wears on, and the 101-runtime feels becomes a labored experience.

As the weeks pass, John’s armor of emotionless behavior wears thin, as he asks the gardener to share a meal with him and hopes to have a romantic encounter with his friend’s mother. When the boy emits his first visible display of emotion, it doesn’t feel earned, though, as we see little development through the dialogue or his unchanging actions. John isn’t likable or understandable. There doesn’t come a time when you root for him in the slightest. Not all protagonists need this, but without a deeper root to his decisions, besides wanting his freedom, John doesn’t evolve throughout the film. He remains a young boy with innate tendencies and a desire to govern himself, with others’ safety and happiness on the bottom of his priority list.

Sisto does create a stylish environment and gloss to John and the Hole, but without substance or motivation to be invested in the story, the film falls flat, existing as a dark comedy that somehow lacks the comedy needed to make it work. Sometimes, an allegory is better left on the page.

John and the Hole premiered at the Sundance Film Festival.