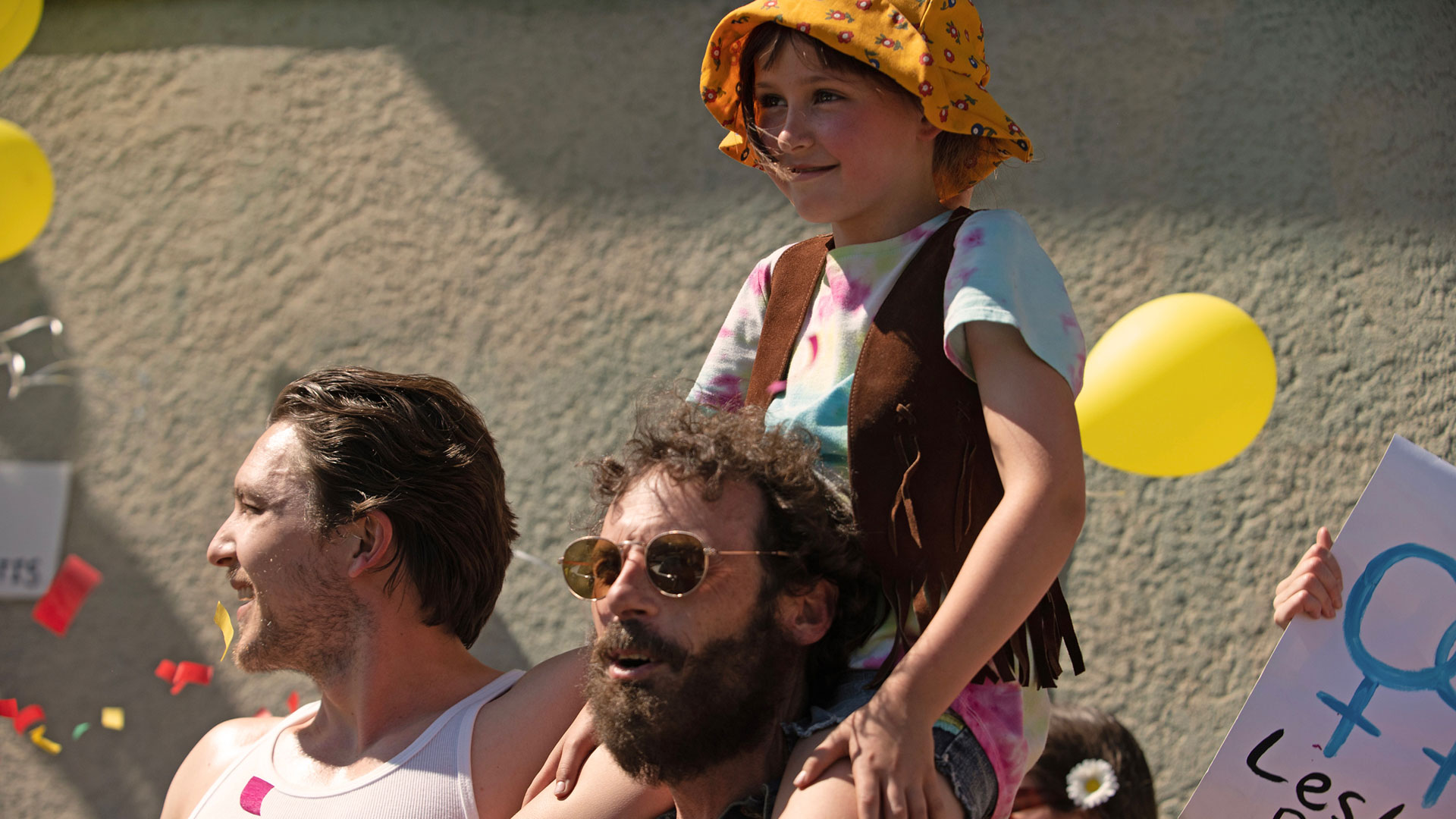 Andrew Durham’s Fairyland features Scoot McNairy as Steve Abbott, a single father who takes his daughter Alysia to San Francisco in the early 1970s after the death of his wife in a car accident. Adapted from a memoir of the same name by the real-life Alysia Abbott, Durham’s debut feature explores nearly two decades of this father-daughter relationship. About halfway through the film, Alysia jumps in age, going from a precocious, carefree child (Nessa Dougherty) to an edgy, isolated teenager (Emilia Jones). Steve, possibly as open as a father can be, is bisexual, and his fate becomes intertwined with the AIDS crisis; the film’s ending never seems to be in doubt.

Durham consistently places the camera from new perspectives. A photographer by trade, she decides to shoot early scenes from the view of a young Alysia, looking up at the wide-eyed world around her: a queer community she hasn’t necessarily seen before. The Sofia Coppola-produced drama contains a grainy, textured look, and Durham chooses to include archival footage from San Francisco Pride, further pushing this film into the 1970s. He wants the audience to believe Steve would be at these celebrations; likely he was.

The relationship between Steve and Alysia is based firmly in reality. There’s a specificity in the moments between them, in their mannerisms, in the people that swirled in their orbit––often men Steve was dating. He’s a poet writing about the everyday emotions of his life, the events that build and break him. He pours her orange juice, only to throw it out once the company’s views don’t politically align. He welcomes his daughter into bed with him and another man when she can’t sleep. He’s loving and hyperfocused on Alysia’s own independence to a fault: he seemingly gives all of himself to every person he meets.

Fairyland becomes indelible when Steve and Alysia interact. McNairy has undeniable chemistry with Dougherty, who offers one of the better child performances of this last decade. The first act bonds audiences with this two-person family. Their success became my success––so on and so forth. When the film shifts, Jones struggles to find her footing in this world. The supporting cast doesn’t help her, either: most seem out of place, trying too hard to enter this world the film has recreated. The remnants of Jones’s recent role, leading Best Picture winner CODA, remain top of mind, and her character’s likability dives as a rebellious teen, regardless of her dad’s clear problems. Neither of them are perfect––they’re far, far from it––but they’re doing their best.

But as Steve inevitably becomes sicker and Alysia returns to San Francisco, Durham’s drama gets back on track. The two characters (and actors) connect again, drawing out a burst of emotions from any viewer witnessing the end of this relationship. The film highlights the absolute widespread pain of the AIDS crisis, the way everyone around Scott begins to die, the disregard for him and other men around the country. It’s heartbreaking.

In such moments McNairy gives his finest acting in a long, mostly supportive career. His eyes carry unlimited warmth and sensitivity. He’s sensational as this father just needing to hear he did his best, reflecting on a life lived. While Jones rises to the occasion to meet the veteran actor, Fairyland is McNairy’s film. He ripped my heart out. He’ll likely do the same to the majority of viewers, leaving wet eyes and sniffling nose. Fairyland is McNairy’s to care for, to love, to let go. In return, he gives his greatest performance.