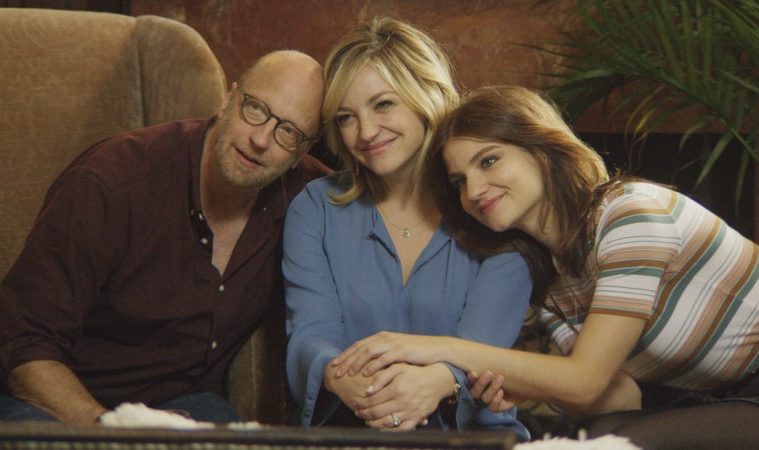 Sundance Review: ‘Clara’s Ghost’ is Admirable in its Messiness

Sometimes funny, sometimes frustrating, always honest, Clara’s Ghost–written and directed by Bridey Elliott–is doing a lot on a limited budget. It stars the entire Elliott family (sister Abby, father Chris, mother Paula and Bridey herself) over the course of one strange, drunk evening. With a brisk runtime and set almost entirely in a big ole house, plenty of character tangents are introduced and nothing is really resolved. In a way, it’s admirable in its messiness.

There’s the mother, our ostensible lead here, who feels invisible next to her famous family members. She’s also being haunted by a overly-metaphorical ghost. In an impressive turn from Chris Elliott, there’s the father, an ex-comedy star struggling with the ex part. There’s the sister, obsessed with herself and her upcoming wedding, portrayed by Abby Elliott, offering a bravely complex performance. And finally, there’s Bridey herself, a fledgling actress struggling mightily with the remnants of childhood stardom.

The titular ghost (Isidora Goreshter) isn’t given much to do, but is a welcome respite from a series of engaging-but-brutal sequences featuring mostly unlikeable people. Haley Joel Osment also serves as an outlet, playing a local pot dealer/family friend trapped within this family’s troubles. Lensed by Markus Mentzer in a 4:3 aspect ratio so as to keep things close, we too feel trapped, for better or worse.

Paula Niedert Elliott is given the most to do, and she does plenty with it. There’s a fragile quality that’s endearing and immensely. No matter the family, moms are too often talked over, the butt of bad jokes. We see the hurt in her eyes, and it builds a sense of endearment that forgives the rest. Of everything happening in the film, this theme plays the clearest. Bridey Elliott is confident in her direction and mightily determined to get the most out of her family. Without question, the performances are present. Unfortunately, the through-line is not as clear.

Certain exchanges feel stilted, as though some lines have been written to appear like they weren’t written. False casualness. Other sequences, such as an extended bit with the family dog, are unnecessary to the larger narrative. And though there be a welcome brazenness to unresolved emotions, by the end of it all it does not feel we’ve really gotten anywhere. Bridey Elliott is a welcome young talent deserving of future attention. Hopefully on the next one it all comes together a bit more.