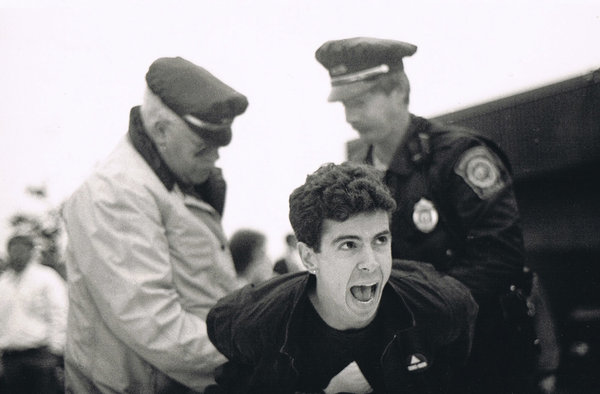 Sundance: ‘How to Survive a Plague’ Bought By Sundance Selects THR has the news that Sundance Selects, a division of IFC Films, have purchased the North American distribution rights to How to Survive a Plague, a documentary from David France about the early days of AIDS-awareness/activism. The film, which premiered last Sunday at Sundance, went for a reported six figures — which, in layman terms, means “the kind of money you and I will never see in our lifetime.”

Here is the overview of How to Survive a Plague, from the film’s official Facebook page:

“How To Survive A Plague” is the untold story of the efforts that turned AIDS into a mostly manageable condition – and the improbable group of young men and women who, with no scientific training, infiltrated government agencies and the pharmaceutical industry, and helped identify promising new compounds, moving them through trials and into drugstores in record time. These drugs saved their lives and ended the darkest days of the epidemic, while virtually emptying AIDS wards in American hospitals.

These activists’ efforts created a paradigm for patient empowerment and health care activism that has since been replicated in the fight against many other diseases from breast cancer to heart disease. And as AIDS spread to Africa, India, and Asia, these activists helped open local groups, exporting AIDS activism to press for better, and more accessible, treatment.

Their story stands as a powerful inspiration to future generations, a road map, and a call to arms. Science has yet to find a cure, and without rejuvenated vigilance, transmission is on the rise – most remarkably, among young gay men who are ignorant of how AIDS activists beat back a plague, and along the way changed the world.

AIDS is still a serious, heavy issue, and How to Survive a Plague sounds like an interesting documentary about the unsung heroes of the fight against this disease. I, for one, can’t wait to check it out.

Does How to Survive a Plague sound like a documentary that would be to your interest?