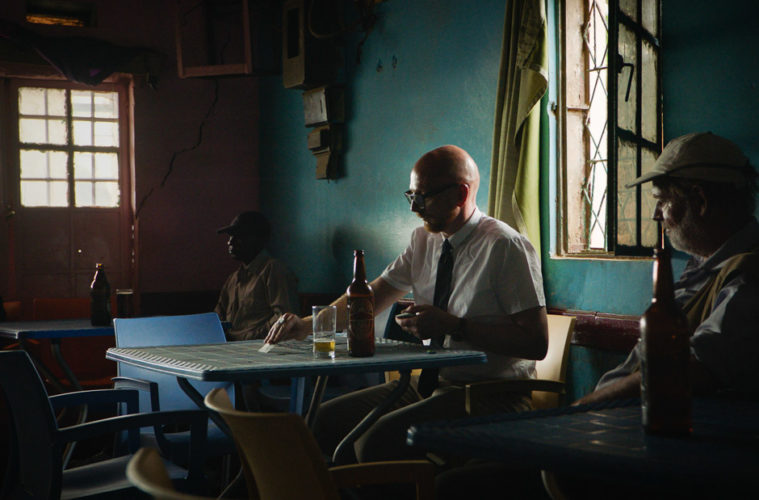 Sundance Review: ‘Cold Case Hammarskjöld’ is a Jaw-Dropping Exposé of the Horrors of Colonialism

In 1961, Secretary-General of the United Nations Dag Hammarskjöld was killed in a plane crash in Africa under mysterious circumstances. Beginning as an investigation into his still-unsolved death, the trail that Mads Brügger follows in Cold Case Hammarskjöld is one that expands to implicate some of the world’s most powerful governments in unfathomably heinous crimes. Without revealing the specifics of the jaw-dropping revelations in this thoroughly engrossing documentary, if there’s any justice, what is brought to light will cause global attention and a demand for some kind of retribution. Introducing his aim as either solving the “biggest murder mystery” or being fodder for the “most idiotic conspiracy theory,” Brügger begins in a self-reflexive mode that provides a structure to the investigation at hand. As a throughline, we’re continually brought back to two different hotel rooms that hold significance to the story. In both, Brügger is sitting behind a typist (native to the area, for another layer of familiarity and eventual shock) as he dictates the twists and turns of the story. As a cipher for the viewer, she will pose burning questions, finish sentences for Brügger, and read off Post-It notes that indicate what’s to come in the next chapter. Through these markers, we’re actually told bullet points of what to expect every five-to-ten minutes, but with all of the shadowy figures involved and reprehensible crimes therein–complete with fitting film noir-inspired animations where no interviews exist–it only better fuels our interest.

Going back to the impetus for Brügger’s initial inquiries, Hammarskjöld saw a new future for a continent while serving at the United Nations. 1960 was dubbed the Year of Africa, a result of seventeen nations gaining their independence and attempting a post-colonial life of freedom. While Hammarskjöld sought to equip these nations with the power to resist rule from a white majority and forge a new path, this decolonization was met with opposition from the likes of Britain, France, Russia, and any other country with financial interests in pilfering these third-world nations. When Hammarskjöld’s plane crashed, reports indicated it was either pilot error or something more nefarious, but any outsider seeking answers was met with a deafening silence. Brügger and fellow investigator Göran Björkdahl begin to ask locals in the area of Ndola who were alive to see the crash. Multiple witnesses (who were never questioned by police back in 1961) reveal a jet fighter was tailing the plane, then an explosion occurred. The rabbit hole is now opened up and we’re taken on a nightmarish series of accounts involving a mysterious organization known as the South African Institute for Maritime Research (SAIMR), biological warfare, white supremacy, the CIA, murder, AIDS, and real-life villains that narrative films could only dream of. Throughout his investigation which spanned over six years, Brügger hits no shortage of dead ends, even though (or perhaps because) reportedly thousands were involved in the purported crimes. The Danish journalist/filmmaker first landed on our radar with his provocative undercover documentary The Ambassador, and while his brash personality brings some entertainment here, his personality is less forthright as if he knows he should take a backseat to the savagery of what’s divulged.

Cold Case Hammarskjöld may have one initially pondering if an investigative documentary can succeed simply by what it uncovers. Whereas a film working in the same reveal-a-minute mode like last year’s Three Identical Strangers ultimately felt manipulative in its structure, Brügger’s work falls more in line with the masterful inquiries of Andrew Jarecki, Errol Morris, and Kurt Kuenne. Sitting down for the documentary, I had virtually no knowledge or interest in a Swedish Secretary-General who died over half-a-century ago. By the first half, I was fully invested in the case. At the finale, I was reeling from the atrocities that were uncovered and enraged that it has taken this long to bring them to the surface. If it wasn’t for Brügger’s desire for the truth, they may have stayed dormant forever, and that precise depiction of the grueling investigative process, along with the staggering revelations found therein, makes Cold Case essential viewing.