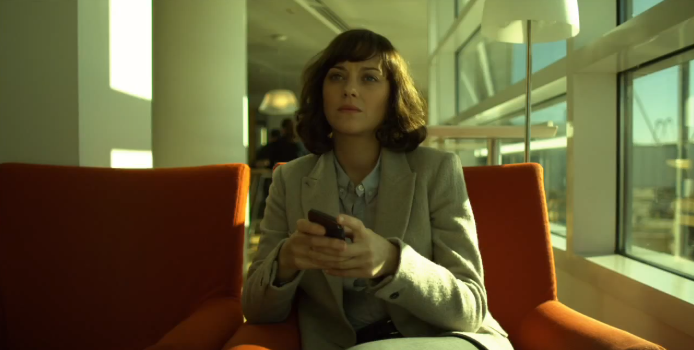 It is a slow Saturday afternoon, so how about two new glimpses at one of fall’s most-anticipated films? Steven Soderbergh‘s virus thriller Contagion just got announced for a Venice Film Festival premiere, and after a first trailer, we now have two TV spots for the film starring Matt Damon, Marion Cotillard,  Laurence Fishburne, Jude Law, Gwyneth Paltrow, John Hawkes, and Kate Winslet. They feature Cotillard more prominently, and show off more of the people-free locations Soderbergh created. I’m honestly intrigued at what kind of ending he has in store. Check them out below.

“Contagion” follows the rapid progress of a lethal airborne virus that kills within days. As the fast-moving epidemic grows, the worldwide medical community races to find a cure and control the panic that spreads faster than the virus itself. At the same time, ordinary people struggle to survive in a society coming apart.

Scripted by Scott Z. Burns, Contagion hits IMAX theaters September 9th, 2011. Soderbergh will then follow it up in January with his action thriller Haywire.

What do you think of these new spots?