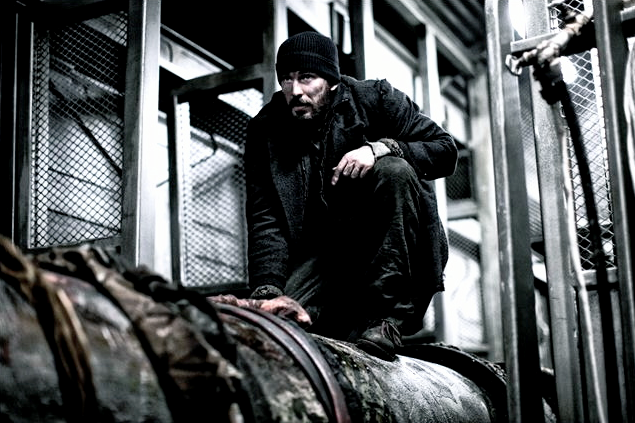 Has the hubbub been for nothing? Was the hubbub a saving grace? Will it even matter if this all pans out as hoped? (Will I ever stop asking myself questions?) There may be light at the end of Snowpiercer‘s tunnel, ladies and gentlemen: while nothing is official — and, indeed, nothing matters if it doesn’t meet the approval of a certain Harvey — Bong Joon-ho was the bearer of potentially good news this week, telling a crowd at the Mar Del Plata International Film Festival that the overwhelming financial success of his newest picture may, finally, have convinced those at The Weinstein Company that much-controversial edits (often reported to be a 20-minute-or-so excision) are not in their best interests. (This, I suppose, would mean at least one other thing: the United States, the United Kingdom, Australia, Ireland, New Zealand, and South Africa can save money on Blu-ray imports.)

KoreanFilm have the details, and, though they don’t seem to extend anywhere past what’s already noted, there’s one important factor: this development comes after Bong had a two-week visit to New York City, in his time holding negotiations over the version that will eventually hit domestic screens. Reportedly angering Bong with his set of enforced amendments is unlikely to have changed the mind of Harvey Weinstein, but we can presume that Snowpiercer having attracted a massive portion of one nation’s entire population is a fine incentive all its own. Fingers crossed that South Korea’s favorite director knew where to lay down his side of the argument.

While you’re at it, here are three posters for the film: Is there any chance Snowpiercer will hit U.S. screens in its complete, uncut form?