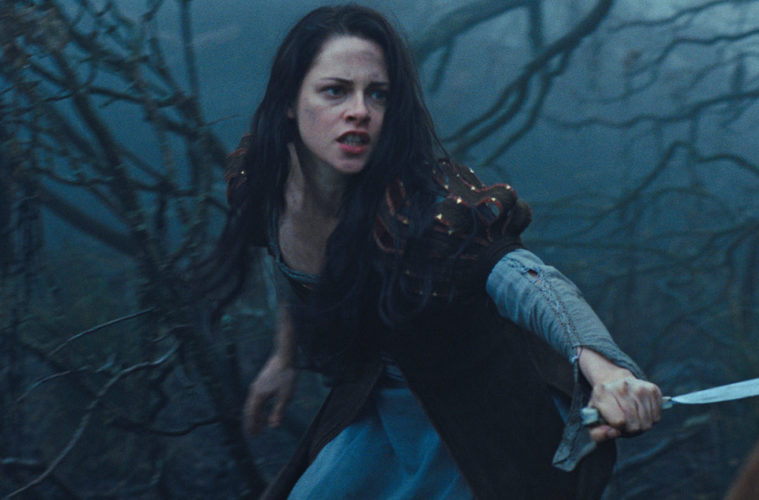 This week is kicking off with some fantasy/adventure, as Universal has unveiled a brand-new trailer for Rupert Sanders‘ Snow White and the Huntsman. Starring Kristen Stewart, Charlize Theron and Chris Hemsworth, the film continues to have much more scope than I imagined, with a new look at some of the areas our characters explore, including a trippy forest scene and what looks to be an epic battle inside the castle, with a transformed Theron. Sanders, coming from the world of commercials, has seemingly crafted what should be a fun, smart time in the theaters this summer. With The Hobbit not arriving until December, this should certainly hold us over. Check out the new trailer below via Xfinity, who also have an extended five-minute preview.

In the epic action-adventure SNOW WHITE AND THE HUNTSMAN, Kristen Stewart (Twilight) plays the only person in the land fairer than the evil queen (Oscar® winner Charlize Theron) out to destroy her. But what the wicked ruler never imagined is that the young woman threatening her reign has been training in the art of war with a huntsman (Chris Hemsworth, Thor) dispatched to kill her. Sam Claflin (Pirates of the Caribbean: On Stranger Tides) joins the cast as the prince long enchanted by Snow White’s beauty and power.