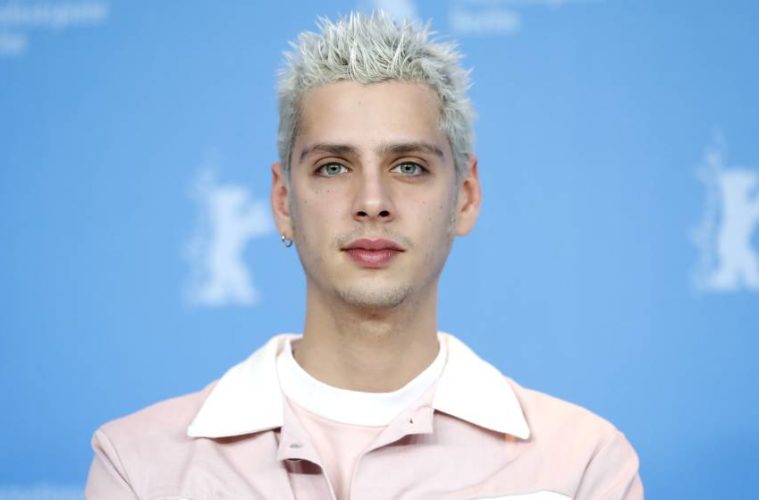 ‘Skins’ Director Eduardo Casanova on Deformity, the Monstrosity of Aesthetics, and Influences

With Eduardo Casanova‘s visually and conceptually startling debut Skins (aka Pieles) , the question of how John Waters and Pedro Almodóvar’s love child would fare as a filmmaker might just have been answered (high praise in queer film terms, of course). Fierce style, check. Subversive sexuality, check. Gross-out humor, check. Blown-up melodrama, check. Skins is a pointedly shrill, singularly provocative exposé on our relationships to our bodies that will scar some minds, offend many sensibilities, and exhilarate all the rest of us. We spoke with the director about his debut while at Berlinale and one can read the conversation below.

How did you find your way into filmmaking?

I started out as an actor when I was 12 and began making my own shorts at 17, so I practically grew up in the world of cinema. In a way this also relates to Skins since the film came from a need to be understood. As I started working so young, I was always the child on set and never quite felt I belonged. During my acting days, also felt out of place because I found filmmaking to be my true calling. But even when I started to make films, this uneasiness persisted because filmmaker felt like a role for people older than myself. So all my life, there never seemed to be a right place for me, like the characters in this film.

How did you realize that directing is what you wanted to do instead of acting?

I realized that what I wanted to do is to create my own world through cinema, a world where I can live in peace, one that I can’t find in reality.

And just how does one start directing films at 17?

Part of it was intuition. But also from a professional point of view, I’d been exposed to working with cameras since 12, so in a way I’d been prepared. I started watching movies by John Waters, Bruce LaBruce and Todd Solondz at 12. That probably helped too. Financially it was relatively easy because I was earning good money as an actor. So I would use that money to make shorts during my downtime in between shoots. From there I went on to make some ads and started trying to forge a career as filmmaker.

Did the leap to feature filmmaking turn out to be just as smooth?

In Spain that’s never easy. With this kind of project, which is quite different from other films out there, it’s even more difficult. I had it a little bit easier because of the contact I’d collected from my acting days. In any case, the passion to create cinema and tell stories comes from such a deep place within me I would always find a way to do it.

How did you manage to get so many veteran actors to star in your debut?

It’s easy to convince actors when you have roles to offer that are very different from them. Apart from that, I have my own seduction techniques of course.

Your films have a very stylish — in some instances over-the-top — look. What’s your relationship to aesthetics?

Generally, I hate aesthetics. It’s an aspect of filmmaking that I see as a monster, which, if you don’t control it well, will consume the story. For me there must be a story behind the aesthetics. It’s about finding a balance between the two.

What about designing the look of your characters, which is often very distinct?

It’s similar: What counts the most for me is not the outside of the characters, but what’s happening inside.

Some people might be offended by the look you created for your characters in Skins though.

When someone gets offended by something, it’s because that person doesn’t accept what he’s seeing. I don’t judge any of my characters, I simply expose them as who they are.

You approached some heartbreaking themes with comedy in this film. Was that something you decided to do from the start?

I didn’t set out to do a comedy. My intention was to present a reality. And reality can make you laugh, make you cry, sometimes it makes you do both at the same time.

Skins has quite an unusual premise. Was it inspired by any incident or personal experiences?

I’ve always felt deformed on the inside, which led me to think a lot about the physical appearance of people. Like gender, which is much more of a spectrum than just the binary distinction of man/woman. Same goes for faces. There are other faces than the ones with two eyes and one nose. I read some time ago a true story about a woman who felt strongly about implanting a pig’s nose in her face. Her psychiatrist and doctors all said no to her. That got me thinking about what power we have over our bodies. There seems to be an unspoken rule telling us to look the same as everyone else.

Are you inspired by any particular artists in your filmmaking?

The biggest inspiration for me always comes from real life. As far as artists go, [American painter] Christian Rex van Minnen’s work really inspires me. As for filmmakers, I’d say Solondz, Cronenberg, Lynch, Almodóvar. There are other great Spanish directors too. We have such an abundance of talents but most of them are not known outside the Spanish film industry.