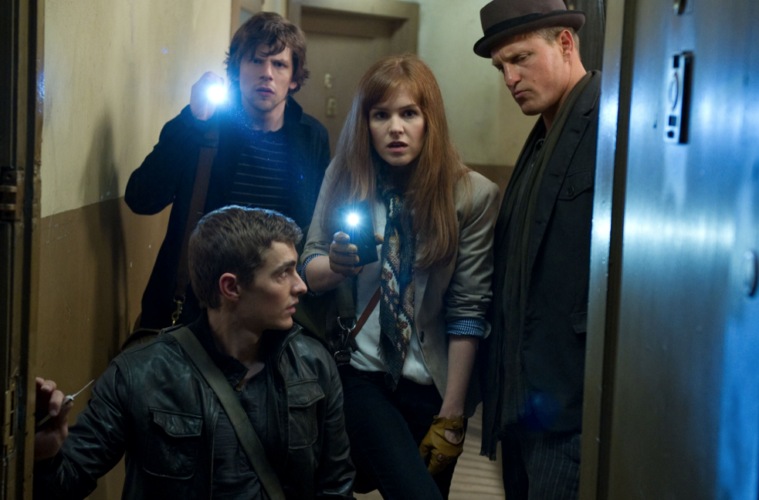 While May is packed with sequels to Iron Man, Star Trek, The Hangover and Fast & Furious, not to mention the best film of the year, there seems to be one major release that’s flying under the radar. First scheduled in the no man’s land of January, our anticipation slightly increased when Summit set the magician heist thriller Now You See Me in March and then after finally settling on next month, we thought it might get lost in the shuffle. The studio is now here to remind you that is indeed popping up in theaters in just over a month, as a new trailer has arrived.

Taking the same mold, at least in the beginning, as our first look, this one reveals more about our characters, namely Michael Caine and his desire to retrieve the money this group stole from him. It looks like some light, popcorn fun that is ideal for the season, especially with its charismatic cast. Check out the new trailer and poster for Louis Leterrier‘s film, also starring Jesse Eisenberg, Mark Ruffalo, Woody Harrelson, Melanie Laurent, Isla Fisher, Dave Franco, Common, Michael Kelly and Morgan Freeman, below. Now You See Me pits an elite FBI squad in a game of cat and mouse against “The Four Horsemen,” a super-team of the world’s greatest illusionists. “The Four Horsemen” pull off a series of daring heists against corrupt business leaders during their performances, showering the stolen profits on their audiences while staying one step ahead of the law.