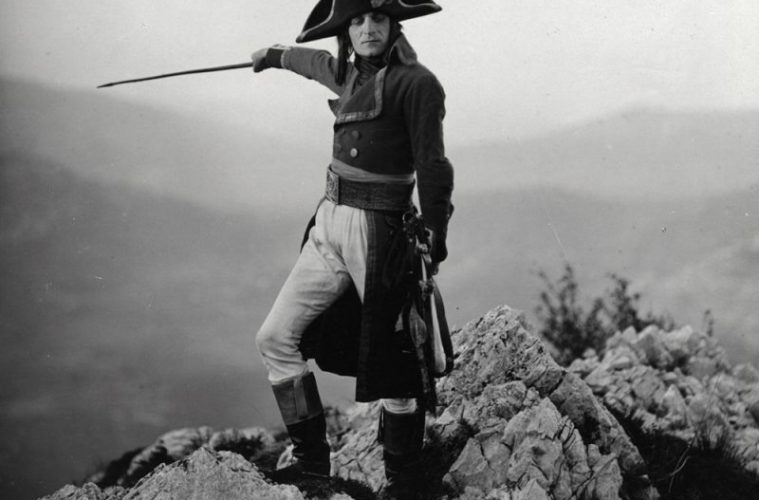 Clocking in at five-and-a-half-hours, Abel Gance‘s 1927 silent epic Napoleon has undergone a restoration that has been a decades-in-the-making endeavor. It’ll be heavily credited to the BFI, yet historian Kevin Brownlow “spent over 50 years tracking down surviving prints from archives around the world since he first saw a 9.5mm version as a schoolboy in 1954.”

BFI National Archive, Brownlow’s Photoplay Productions, and Dragon DI have restored the film — funding for 35mm elements came in 2000 — while Philharmonia Orchestra recorded the entirety of Carl Davis‘ score, and now it’ll see the light of day this November in the U.K. thanks to a theatrical and Blu-ray release.

Ahead of the release, we have a new trailer, which features quotes from both Martin Scorsese and Stanley Kubrick, as well as a glimpse at the landmark triptych sequences. Amusingly, Kubrick did indeed call the film “a masterpiece of cinematic invention,” but he also said “I found it to be really terrible. As far as story and performance goes it’s a very crude picture.” Thankfully, if you’re in the U.K., you can see which side of the opinion you land on soon.

Abel Gance’s heroic depiction of the rise of Napoleon Bonaparte is an undisputed cinema landmark. Famed for its groundbreaking technical innovations – including its famous triptych finale – and a running time of 5 ½ hours, Gance’s epic traverses many of the formative experiences that shaped Napoleon’s rapid advancement. Cool under pressure, Bonaparte overcomes fierce rivals, the deadly Terror and political machinations to seal his imperial destiny. Monumental and visionary, the story’s chapters play out in exhilarating fashion tied together by an incredible feat of editing and technical ingenuity. Featuring an equally mammoth score composed and conducted by Carl Davis (newly recorded in 7.1), this definitive digital restoration presents this silent masterpiece in all its grandiose glory.

Napoleon gets a U.K. theatrical release starting on November 6. See the details here. It will then hit Blu-ray on November 21, with hopefully a U.S. release to follow.