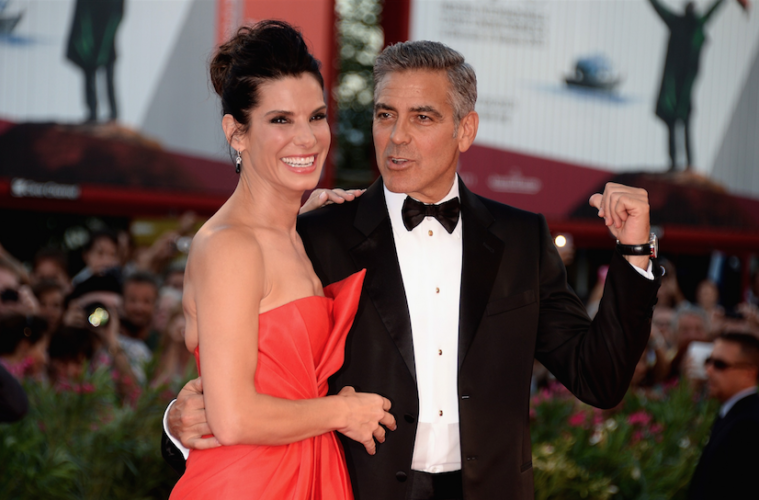 After finding the biggest success of her career with last year’s Gravity, Sandra Bullock is looking to reteam with both George Clooney and Warner Bros. for a new project. Set up by Clooney and his longtime co-producer Grant Heslov three years ago, the drama Our Brand is Crisis is now moving forward, Variety reports.

Based on Rachel Boynton‘s documentary chronicling the involvement of James Carville‘s political consulting firm in the 2002 Bolivian presidential election, Bullock has signed on to star and David Gordon Green is taking the helm. Scripted by Peter Straughan (Tinker Tailor Soldier Spy, The Men Who Stare at Goats), the project has officially been greenlit, so expect it to move forward fairly soon.

In other casting news, a switch-up has occurred for Brady Corbet‘s directorial debut The Childhood of a Leader. Set to star Robert Pattinson and Tim Roth, Juliette Binoche was once on board, but had to bow out due to scheduling conflicts. Variety now lets us know that Bérénice Bejo (The Past, The Artist) is set to replace her. Co-written by Corbet and Mona Fastvold, the film tracks the childhood of a post-World War I leader and production begins this fall.

Lastly, after the wonderful Enough Said, writer-director Nicole Holofcener has found a new project. According to a blog post on author Ted Thompson‘s site (via The Wrap), she’ll be adapting his novel The Land of Steady Habits for Fox Searchlight. The tale “follows a 60-year-old man named Anders Hill who abandons his career and family for a new life. He quickly learns that the very world he rejected may be the one he needs, and sets out on a journey to reconcile the past with the present.”

The author adds, “I should probably say I’m kind of in awe of the fact that a director I’ve long admired wants to make it, and that there’s even a possibility this could actually happen.” We’d love to see the talented helmer return sooner than later, so hopefully things move ahead as planned.