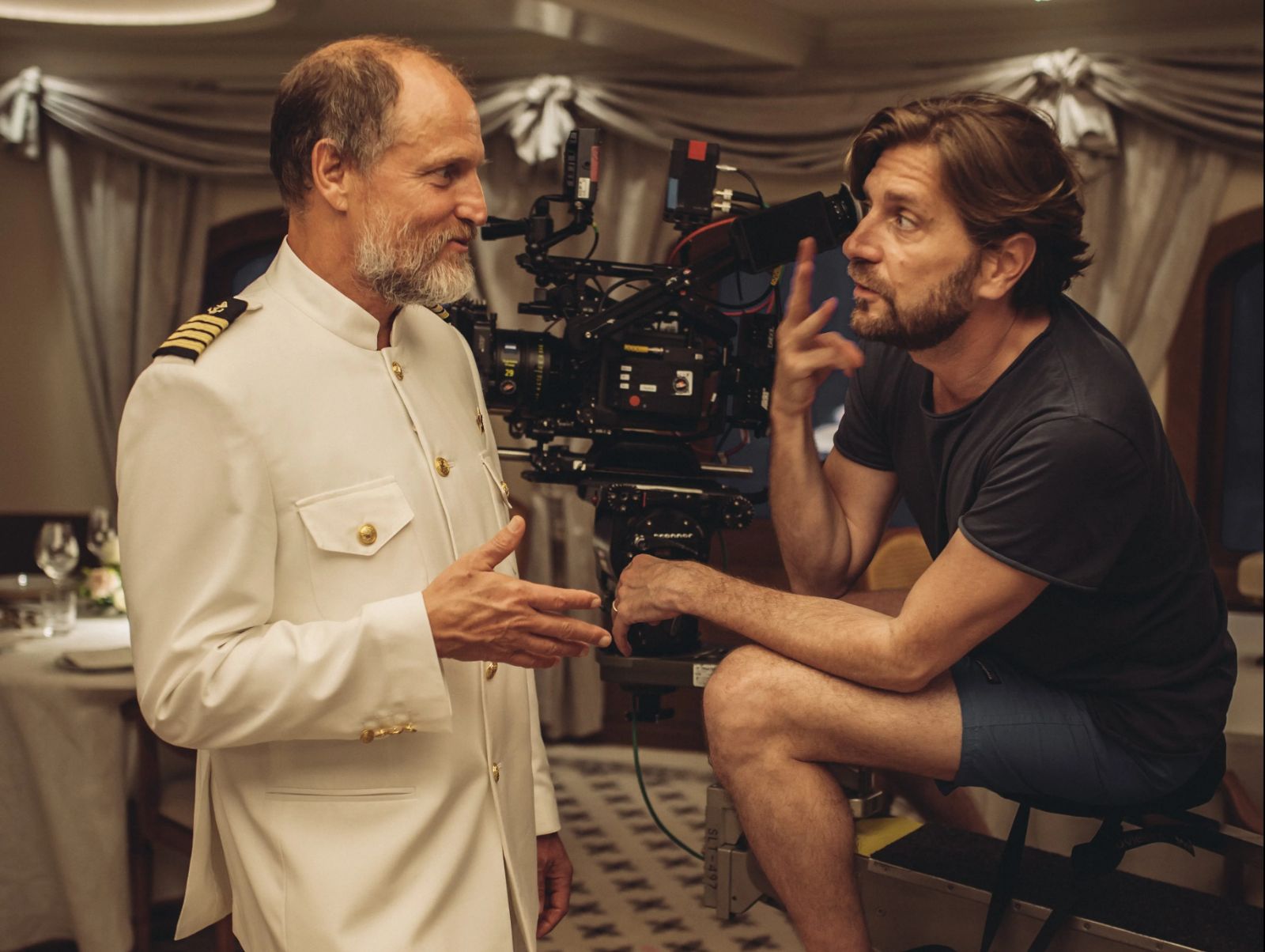 Following the brilliant Force Majeure and the Palme d’Or-winning The Square, Swedish director Ruben Östlund is returning to Cannes Film Festival with The Triangle of Sadness. Led by Harris Dickinson, Charlbi Dean, and Woody Harrelson, the dark comedy tells the tale of a celebrity couple stranded on an island after their ship––led by a Marxist captain––sinks. Ahead of the premiere, the director has now revealed the first details on his next film, which will take him from the sea to the sky.

“My next attack will be executed differently, hopefully. It will take place during a long-haul flight, where the passengers are told shortly after take-off that the entertainment system is down,” the director tells Cineuropa (via IONCINEMA). “So the next 17 hours will have to be spent without any kind of digital pastime. The story will take a look at what happens to humanity inside this little fuselage of an aircraft in this situation.” One may wonder how he’ll get through the loophole of passengers bringing their own device with 50+ hours of movies ready to go. (I hope I’m not the only one that does this.)

He also discussed how his latest, Cannes-bound work is “part three of a trilogy, about being male in our times – something that permeates Force Majeure, The Square and now this one.” He adds, “We have three male characters, each struggling with the male image. I have dealt with these characters with great enthusiasm, not least because I can draw on my own experiences. The modern man has certainly been scrutinized and dissected lately, as we all know, in all his awkwardness. It isn’t a planned trilogy, as such, but I like the fact that it became one, and that each film sheds more light on the other two. It can strengthen the bonds between the audience and myself as a filmmaker and storyteller.”

As we await both new projects, see the first still from Triangle of Sadness below.