Cannes Review: Triangle of Sadness is a Scatological Rinsing of Wealth and Hubris 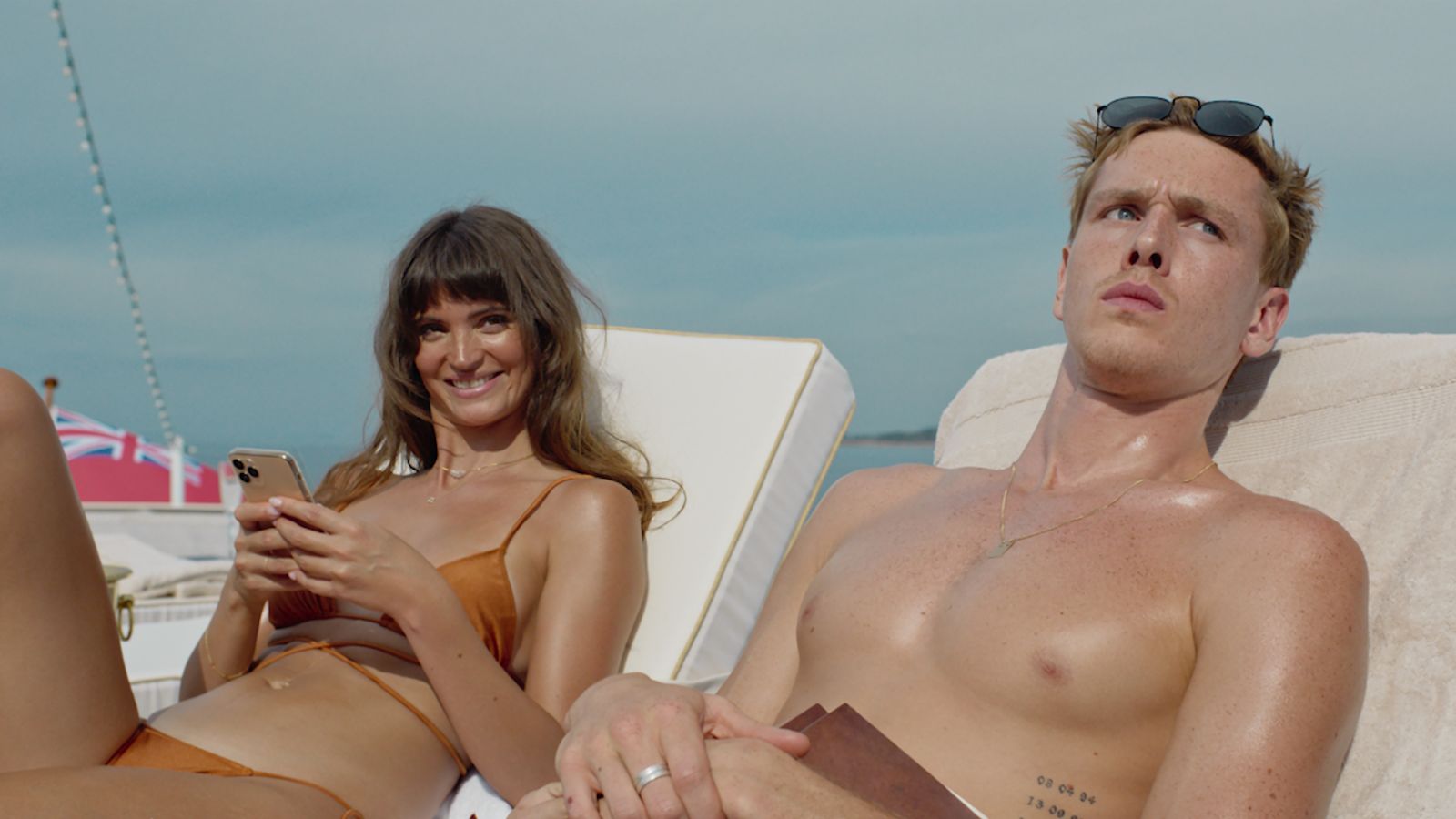 Ruben Östlund might like his fish in a barrel but he’s a ruthless shot. Following a Palme d’Or win for The Square, the Swedish filmmaker returns to Cannes in competition, and if the contemporary art scene had taken the brunt of that sometimes brilliant, sometimes baggy film (the rare example of an art satire that actually worked), his latest has both the fashion world and the 1% solidly in its sights. With a title derived from an industry term for the worry lines on a person’s forehead, Triangle of Sadness is a film as vast as the sea itself, Östlund’s first real epic. It is his White Lotus, his “wafer-thin mint,” and his Discreet Charm of the Bourgeoisie rolled into one: a scatological rinsing of wealth and hubris from a filmmaker who, with each passing effort, only further cements himself as contemporary cinema’s auteur of such things.

Screened in a coveted Saturday evening slot, it’s exactly the kind of film the festival holds like an ace for such moments: hysterical, provocative, and with as much capacity to grind the gears as to bring the house down. Triangle plays out over three permissive chapters: Carl and Yaya, The Yacht, and The Island, and in each of these there are multitudes. Carl (a brilliant Harris Dickinson), a male model, is the closest thing his film has to a central protagonist, a hunky golden retriever of a lad in a relationship of some convenience with the equally gorgeous Yara (Charlbi Dean Kriek), an influencer. Yara’s social clout lands them two tickets on a luxury yacht—on-deck needle drops include Modjo’s “Lady (Hear Me Tonight)” and, of course, Des’ree’s “Life”—where we meet an ensemble worthy of a warped Agatha Christie novel.

The variety is appetizing. Amongst the nouveau riche are a Russian oligarch (Zlatko Buric, MVP of the ensemble) who says “I sell shit” a lot. There is Clementine and Morris “from Great Britain” (wealthy from the arms trade), and a newly minted Swede (Henrik Dorsin) who made his considerable dime from coding. At their mercy are the ship’s consistently tippled captain, Thomas (Woody Harrelson, having quite the time, quoting Marx and Lenin over the ship’s intercom), the head of service (Vicki Berlin), a “toilet lady” (Dolly De Leon), and a new arrival who wears her ponytail so tight behind her head it might be cutting off the blood flow.

To some extent we have been here before. Much like his previous film, Triangle of Sadness is a bit uneven––not everything lands and not all of its cute ideas are satisfyingly explored––but there is a cumulative effect to his maximalist approach. The weird paradox of Östlund’s filmmaking is that this bluntness—that willingness to go big, to lay it on thick—has the potential to exasperate; Triangle is just too entertaining for that to matter.

Östlund also cooks up to another of his delicious, squirming catalysts: this time it is nothing as momentous as an avalanche, or even the theft of a wallet; a couple merely bickers over who is picking up the tab. Östlund also boldly attempts to one-up Terry Notary’s legendary scene from The Square—when the motion-capture performer tested the good manners of a banquet full of well-to-do philanthropists—with a seafood dinner served on choppy waters that descends into something like hell: a Boschian nightmare of shit and vomit that seems to have been shot on Christopher Nolan’s spinning Inception rig. Even next to Notary’s terrorizing, it holds its own.

Working with many of the same collaborators, Östlund has constructed a seductive limbo: the glamorous setting and the pristine weather, the high-end foods and shiny jewels, the glistening bodies on deck or the ones writhing on the floor below, sliding back and forth in baroque pools of their own vomit and excrement; all of it captured in immaculate clarity through Fredrik Wenzel’s cinematography. It is nothing if not indulgent, stretching slightly longer than The Square’s 144-minute runtime, but there is never a dull moment. In fact, the film’s best sequence might even be its very first: an interviewer prowling through a casting session for male models, shouting commands to the multiracial lineup to do “smiley brand” (“H&M!”) and “grumpy brand” (“Balenciaga!”).

Östlund is preaching to the choir and it is a choir he knows all too well. This is not without value; his work has always had the tantalizing feel of an inside job. Triangle of Sadness positions the guests, the crew, and the cleaners as a clear allegory of late capitalism’s unforgiving food chain, our own sad triangle, but this is also a work with gender roles on the brain. That Östlund ultimately flips these ideas might not be so surprising, but the manner in which he does it delivers an astonishing coup de grace.