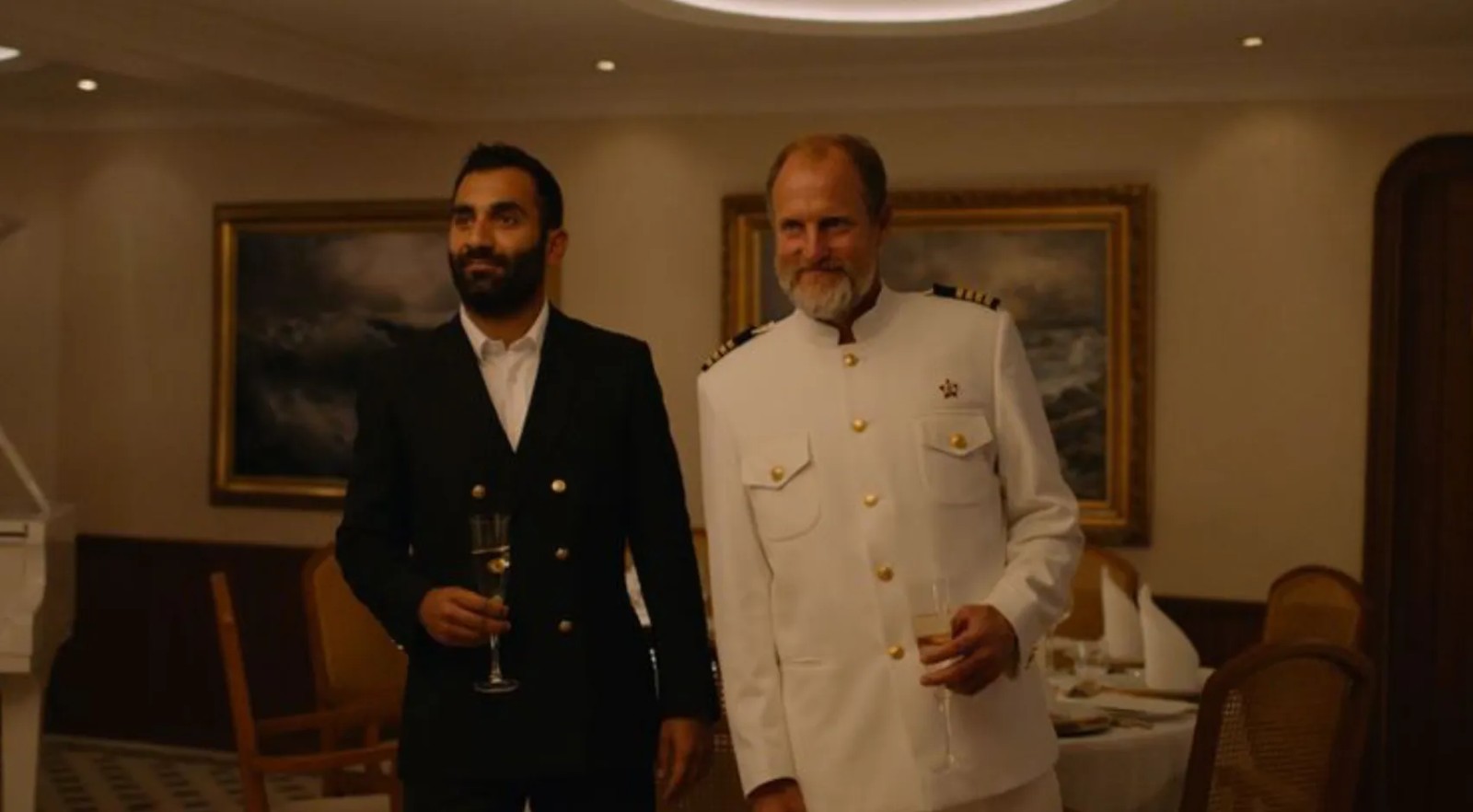 Marking their third consecutive Palme d’Or winner, NEON picked up Ruben Östlund’s The Square follow-up Triangle of Sadness and will do the same October roll-out as Titane and Parasite. Ahead of its October 7 bow, they’ve now released the first U.S. trailer for the Swedish director’s skewering of the upper class.

Rory O’Connor said in his review, “Ruben Östlund might like his fish in a barrel but he’s a ruthless shot. Following a Palme d’Or win for The Square, the Swedish filmmaker returns to Cannes in competition, and if the contemporary art scene had taken the brunt of that sometimes brilliant, sometimes baggy film (the rare example of an art satire that actually worked), his latest has both the fashion world and the 1% solidly in its sights. With a title derived from an industry term for the worry lines on a person’s forehead, Triangle of Sadness is a film as vast as the sea itself, Östlund’s first real epic. It is his White Lotus, his “wafer-thin mint,” and his Discreet Charm of the Bourgeoisie rolled into one: a scatological rinsing of wealth and hubris from a filmmaker who, with each passing effort, only further cements himself as contemporary cinema’s auteur of such things.”

Triangle of Sadness opens on October 7.