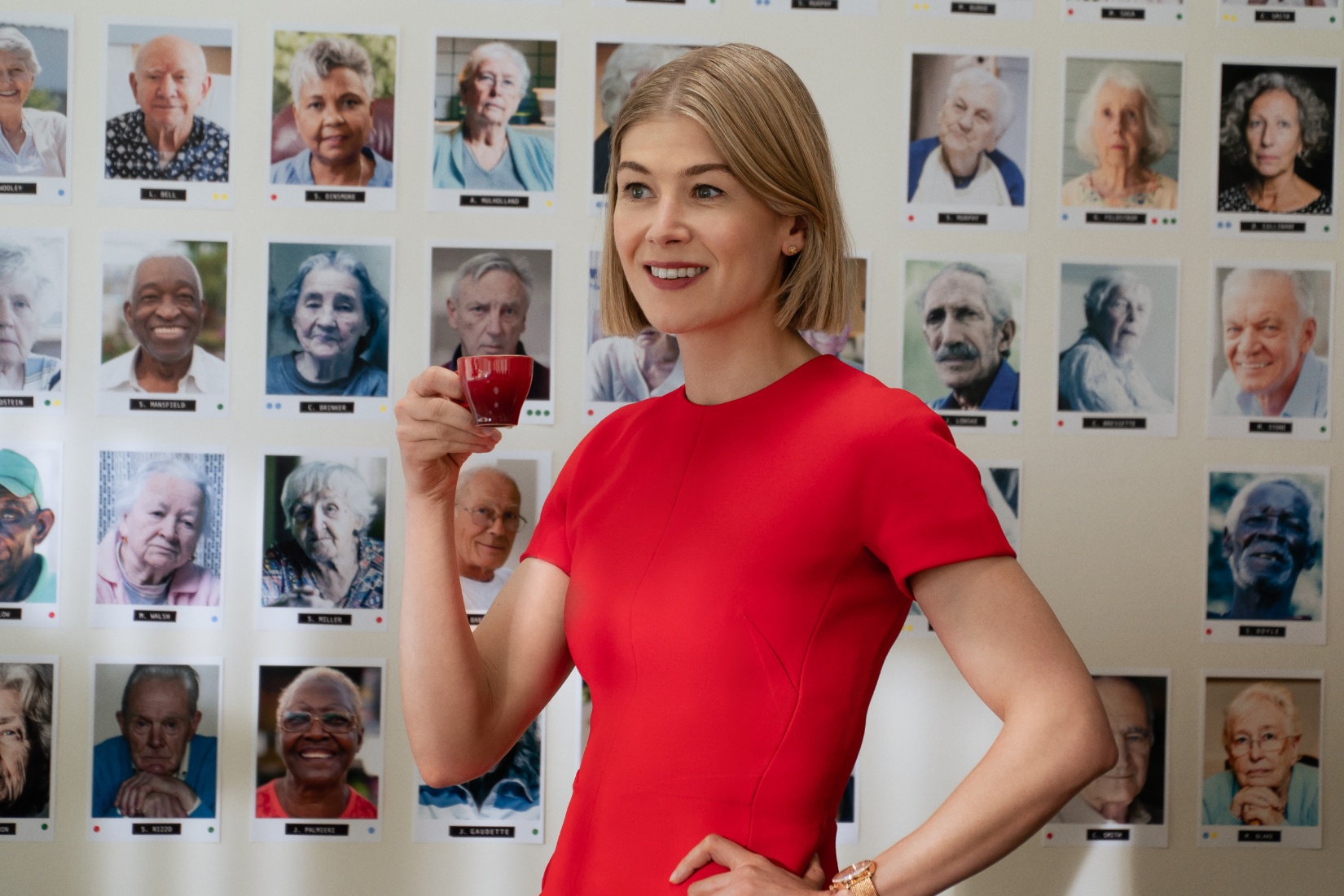 In her post-Gone Girl breakout, Rosamund Pike has led period dramas and biopics but she never found a role that mined similar devilishly fun territory. It now looks like that may arrive with J Blakeson’s I Care a Lot. Also starring Peter Dinklage, Eiza González, Chris Messina, Macon Blair, Alicia Witt, Damian Young, with Isiah Whitlock Jr. and Dianne Wiest, the film follows Pike as a professional, court-appointed guardian for dozens of elderly wards whose assets she seizes and cunningly bilks through dubious but legal means. Ahead of a Netflix release, the first trailer has now arrived.

Jared Mobarak said in his TIFF review, “It’s the kind of grift that would make ‘Slippin'” Jimmy McGill proud. Marla Grayson (Rosamund Pike) calls up her friend Dr. Amos (Alicia Witt) to get a line on any prospective dementia patients with good insurance and ample nest eggs that have come through her office. She gets her partner (professionally and romantically) Fran (Eiza González) to run a background check with help from police contacts and calls an emergency trial with Judge Lomax (Isiah Whitlock Jr.) if their assumptions can be corroborated. The senior man or woman doesn’t have to attend. His or her lawyer doesn’t have to be contacted. All Marla has to do is convince Lomax he/she can no longer look after him/herself and she wins control over everything: finances, property, and visitation.”

I Care A Lot arrives on Netflix on February 19.