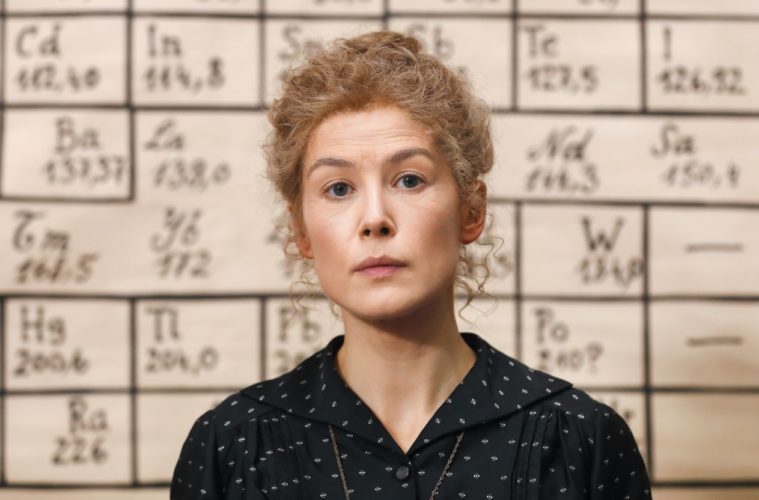 Renowned physicist and chemist Marie Curie was the first woman to be awarded a Noble Prize and the first, and so far, only person to have won the prize in two different scientific fields. She’s now receiving the biopic treatment with Radioactive, from Marjane Satrapi, the lauded director of Persepolis and Chicken with Plums. As seen in a new UK trailer, it looks to be imbued with her sumptuous enigmatic style, featuring a cast led by Rosamund Pike, Sam Riley, Ana Taylor-Joy, and Cara Bossom.

The drama, which premiered at TIFF, conveys the trajectory of Marie Curie (Pike) as she struggles to be taken seriously in the scientific world, both in her marriage to her equally brilliant husband Pierre (Riley) to her eventual joint-discovery of radium with Pierre, which helped shaped a scientific revolution in the 20th century that continues to influence scientific endeavors in the present.

Amy Nicholson lauded the film in her review for Variety, conveying, “These are the atoms that energize a typical biopic, but thankfully Satrapi has a terrific flair for the macabre… The globe has applauded Curie’s creation long after her death, polishing the marble image Radioactive works hard to scuff. Instead, says Satrapi, admire her passions — even when they were also the core of her doom.”