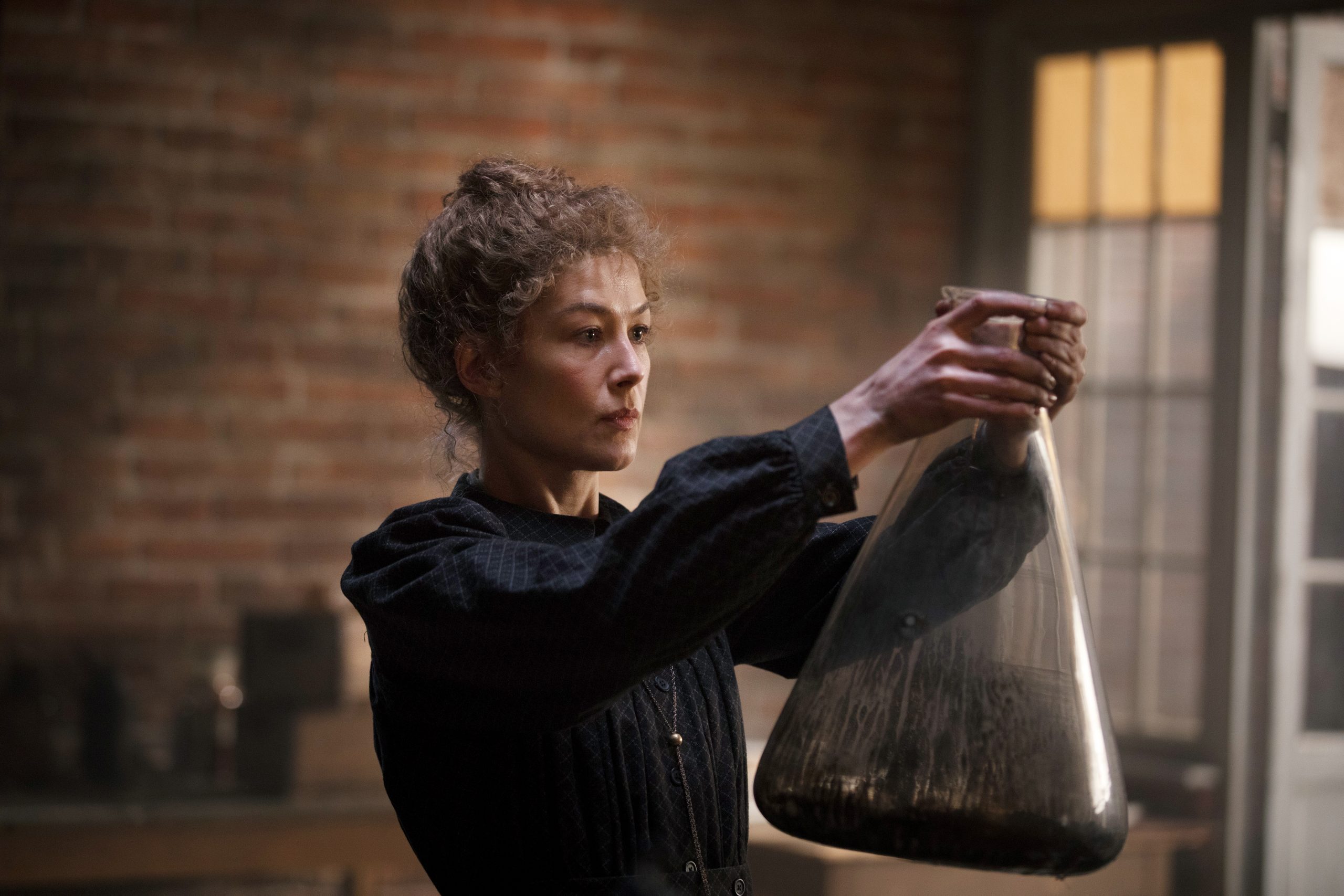 While we have no doubt Rosamund Pike is, in fact, brilliant, she is stepping into the shoes of someone who made Nobel Prize history for her next role. After her overlooked performance as war journalist Marie Colvin in 2018’s A Private War, the actress is back in a new biopic about one of the most influential scientists in history.

Radioactive, directed by Marjane Satrapi, stars Pike as Marie Curie, the French physicist and chemist who famously conducted research on radioactivity. Curie was the first woman to win the Nobel Prize, and went on to become the only woman to win the Nobel Prize twice. The film depicts Curie at the height of her research, while also documenting her romantic life with her research partner Pierre (played by Sam Riley).

Amy Nicholson lauded the film in her review for Variety, conveying, “These are the atoms that energize a typical biopic, but thankfully Satrapi has a terrific flair for the macabre… The globe has applauded Curie’s creation long after her death, polishing the marble image Radioactive works hard to scuff. Instead, says Satrapi, admire her passions — even when they were also the core of her doom.”

Set for an Amazon Prime release on July 24, see the new trailer and poster below.

RADIOACTIVE is the incredible, true-story of Marie Skłodowska Curie and her ground-breaking scientific achievements that revolutionized medicine with her discovery of radium and polonium, ultimately changing the face of science forever. Marie was the first female to win the Nobel Prize and the first person in history to win the esteemed award twice. Oscar-nominated Marjane Satrapi (Persepolis) directs this dazzling cast, which includes Rosamund Pike (Gone Girl, A United Kingdom) as Marie with Sam Riley (Control) playing her beloved husband and Aneurin Barnard (Dunkirk) as her lover, Paul; rising star Anya Taylor-Joy (The Witch) also stars, playing the young Irene, Marie Curie’s daughter.