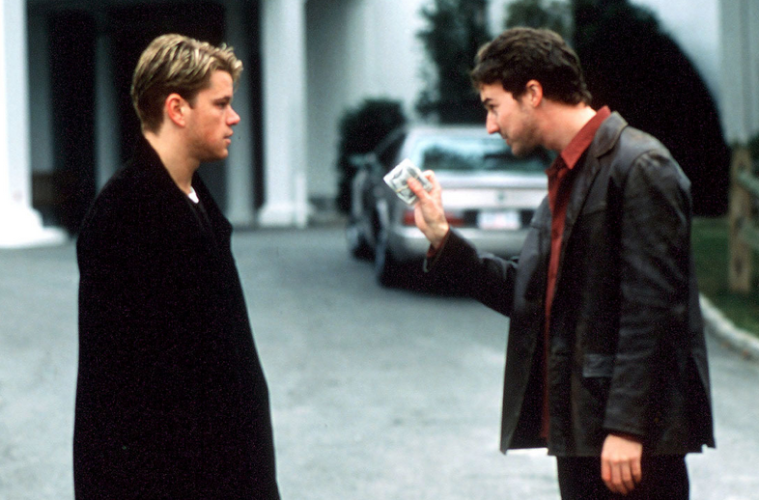 Three years ago on this exact date, it was announced that Miramax and its new CEO (Michael Lang) were getting back into business with The Weinstein Company to produce possible sequels and TV projects based on some of the more well-known Miramax properties. Among the titles discussed were  Rounders, Bad Santa, Shakespeare in Love, Bridget Jones’ Diary, Cop Land, From Dusk till Dawn, Swingers, Clerks, Shall We Dance, and The Amityville Horror. While there’s been little movement on this front the last few years, it looks like there’s finally some traction.

According to Deadline, financiers Colony Capital and Qatar Holding are now backing the upcoming slate, which includes aforementioned sequels to Shakespeare In Love and Rounders, as well as the previously rumored TV series based on Good Will Hunting and Flirting With Disaster. Harvey Weinstein says, “I personally have never made a sequel, but I will make Shakespeare In Love as one. I’ve always wanted to do that and now we have the impetus to,” but it looks like it won’t be first on the table, as he adds, “I’ve discussed making Rounders 2 with Matt Damon and I would say that’s going to be instantaneous.”

Weinstein adds a few details, saying, “The guys [writers David Levien and Brian Koppelman] have a great idea, a way to make it more international where you start the card game in Paris, that’s all I want to say. There might be a certain beautiful Parisian actress involved in it, and then we’re off to the racetrack and Vegas with Matty and Edward Norton, and a new supervillain to replace John Malkovich,” a role which is being eyed by Robert De Niro.

This is just the tip of the iceberg, it seems, as not only the aforementioned properties are looking to continue, but they have a vault of unproduced screenplays, which is certainly of greater interest around these parts. It’s been noted there’s the Stephen Colbert-scripted The Alibi, as well as the script for potential prestige film from the late Anthony Minghella and Sydney Pollack, titled The Ninth Life Of Louis Drax. So, while we can expect the return of the Miramax logo in the coming years, let’s hope Weinstein and co. have stories worth telling for these potential sequels.

Which Miramax project would you like to see most?