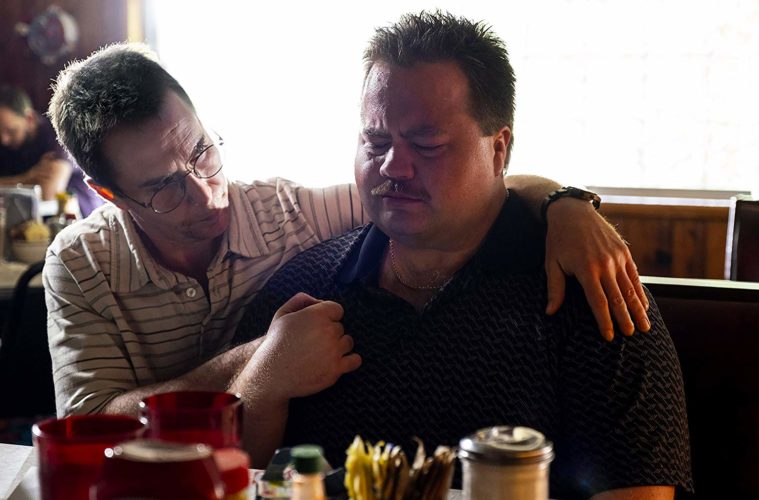 Throughout his nearly six-decade career as an actor and director, Clint Eastwood has persistently examined the complexities of cinematic heroism.  While it’s true the filmmaker’s well-known conservative political leanings have influenced many of these on-screen depictions, he’s rarely shied from confronting the violent and emotionally destructive consequences that come with mythologizing American valor.

This has especially been true during the last decade. Eastwood has released an astonishing eight feature films, many of which are based on real-life figures whose heroic achievements have been placed under varying degrees of scrutiny. American Sniper grapples with the lethal lore of Navy SEAL sniper Chris Kyle (Bradley Cooper), whose entire legend was founded on the brutal statistics of war over an extended period.

Conversely, Sully constructs a fragmented narrative to portray the life-saving, split-second actions taken by pilot Chesley Sullenberger (Tom Hanks) in the fabled Miracle on the Hudson incident. It makes for a fascinating counterpoint where perceptions of accountability are tried within a court of public opinion fueled by media attention and governmental oversight. Surviving the speculation of one’s perceived failure is in many ways more challenging than surviving cataclysmic disaster. Kyle and Sully were in many ways given the benefit of the doubt regarding their actions (at least initially) because both were respected professionals. The same cannot be said of lowly security guard Richard Jewell who, after saving countless lives during the Centennial Park bombing at the 1996 Atlanta Olympics, was promptly deemed a prime suspect by the FBI despite no evidence to support his guilt.

In Richard Jewell, an equally engaging and problematic biopic that chooses to blur historical fact, Eastwood seems fascinated by the vulnerability that comes with such a scenario. A devout believer in the fundamental connection between authority and heroism, Jewell (played with brilliant conviction by Paul Walter Hauser) defines his own worth by the standards of service. Forever trusting of anyone in uniform, he’s unable to fathom gray areas that exist between assumptions of good and evil, making him the natural scapegoat for people and institutions wishing to capitalize on tragedy.

Eastwood’s strikingly linear narrative takes place mostly in those immediate months following the July 27, 1996 bombing that killed two people and injured scores more. On the night in question, Jewell was the first to identify a suspicious package that would eventually explode under a park bench as law enforcement personnel tried to evacuate the area. Initially, Jewell’s heroism made for a great national news story, but intensified federal scrutiny would lead to press leaks that pegged him as the prime suspect in a brazen terrorist plot. The film’s caricatured depiction of newspaper outlets like the Atlanta Journal Constitution and reporter Kathy Scruggs (Olivia Wilde) pales only in comparison to Jon Hamm’s hilariously stubborn G-Man, who defies all logic to pursue the criminal case against Jewell. Eastwood obviously feels contempt toward the two institutions these characters represent. But one could argue that each suffers from the same delusion as Jewell, except unlike him they have purposefully placed themselves at the center of what becomes a national story.

Maybe not surprisingly, Richard Jewell’s best scenes avoid the messy and unconvincing antics of opportunistic public servants. It’s more harrowing to watch Richard and his mother Bobi (Kathy Bates) slowly realize how defenseless they’ve become to these outside forces, and in turn confront the fallacies of an American justice system hell bent on closure by any means necessary. Only with the help of lawyer Watson Bryant (Sam Rockwell) are they able to fight back against the tornado of unwanted media attention and petty FBI tactics, but the emotional scars remain.

While Richard Jewell might not be top tier Eastwood, Hauser’s nervy, sweaty performance feels like a culmination for the filmmaker, a beautiful stripping away of the star power afforded by actors like Hanks and Cooper that reveals something deeper about American self-destruction. The type of tainted heroism that’s left behind doesn’t look like anything this director or the medium of cinema in general usually explores with such vigor.