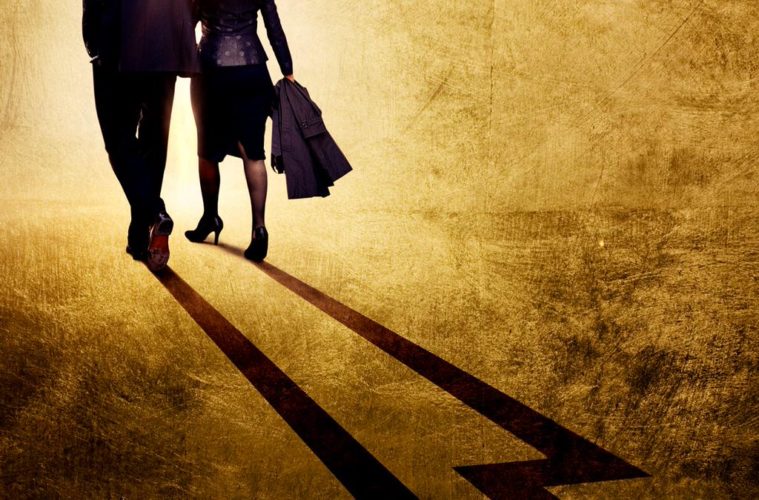 With all the markings (and trappings) of his usual tastes, Woman in Gold is a minor entry into the canon of Harvey Weinstein auteur theory, a film that has particularly strong moments undercut by uneven character development as the story loses focus. Telling a very personal (and true) story of Maria Altmann (played in her senior years by Helen Mirren), she seeks the return of five paintings by Austrian master Gustav Klimt from their current home, the Austrian-controlled Belvedere Gallery. Taken by the Nazis during the invasion of Vienna, Klimt’s opulent The Woman in Gold is a portrait of Altmann’s aunt, Adele Blosh-Bauer.

Director Simon Curtis and his screenwriter Alexi Kaye Campbell divide the narrative between the past (the occupation of Vienna) and the more recent past (the late 90’s in which a new Austrian political party intent on reparations has taken power). Curtis and Campbell, seemingly under the direction of Mr. Weinstein, try to have it multiple ways. At once the film is a buddy road movie (it worked for Weinstein’s previous release Philomena), a geo-political court drama, and most effectively, as a personal holocaust story.

Her partner in the process, lawyer Randol Schoenberg (Ryan Reynolds) also has a personal connection to the holocaust, budding heads with boss Sherman (Charles Dance) to continue to work on Altmann’s case. Herein lies what at the very least is hinted at: a narrative about the contemporary Jewish law community. Schoenberg’s journey ultimately takes a backseat to Altmann’s (and how can it not), but the stakes are high for him as well; he’s married to Pam (Katie Holmes) with another baby on the way. He quits his job to advocate for the return of Altmann’s art work after the Austrian Government refuses at first to release the Klimt paintings. We learn Schoenberg has become a prominent lawyer who is now a specialist in Holocaust-related cases, worthy of additional exploration that Curtis fails to achieve. Certain moments, including one silent sequence, hint at a kind of origin tale to his thinking, and while Reynolds is fine given what he has to work with, there’s no reason not to develop his character a bit more. Also worth a better arc is Hubertus Czernin, the late Austrian investigative journalist who conveniently becomes an advocate for Altmann while providing necessary exposition for Schoenberg as he navigates a legal system that is stacked against them. Played by Daniel Brühl, his intentions seem to be a little ambiguous as his character and material is too cut-and-dry, despite fine work from the actor.

Mirren is glorious as always, strong and resilient as Altmann, while Tatiana Maslany is also a stand-out as a young Maria preparing to leave in Vienna for America once the Nazis arrive. The flashbacks contain several moments that are particularly effective, revealing the intimacy of the apartment owned by sugar mavin Ferdinand Bloch-Bauer. While the flashbacks and the personal story mostly work, the procedural drama doesn’t hold the kind of intrigue or suspense it ought to, nor does Schoenberg’s story, unfortunately.

Each narrative revelation arrives just as you’d expect it to, right down to an odd scene that takes place within the Supreme Court. While it would have undermined the narrative to strictly be a legal drama without the emotional core the flashbacks present, many of the story’s interesting elements aren’t given the kind of consideration that would make them engaging. In other words, Woman in Gold represents the kind of hegemonic Harvey Weinstein product that we normally see around Oscar season; perhaps its April release as a counter-programming to Furious 7 is a recognition that its studio knew exactly what it was.