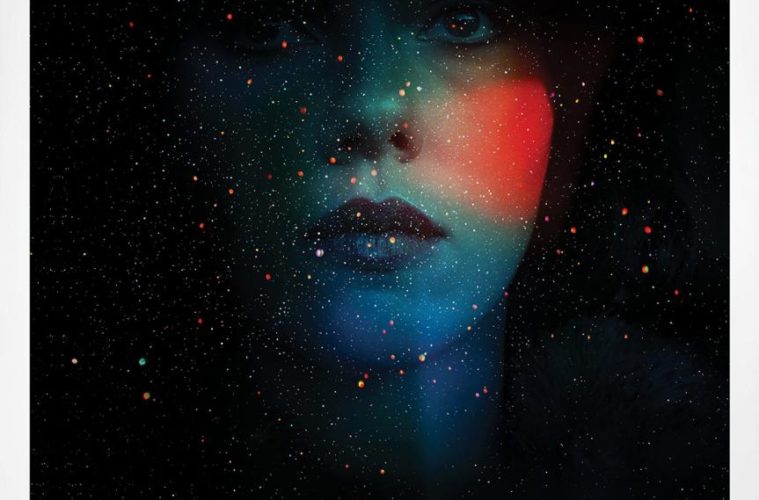 [Review] Under the Skin

Rings of blinding light morph into the iris of a human eye in the opening to Jonathan Glazer’s stunning Under the Skin. Like much of the imagery that follows, the opening segment is a sensory immersion into an experience beyond comprehension. Sitting behind the wheel of an inconspicuous white van is our lead character played by Scarlett Johansson, following her wandering across Scotland as a seducer of men. This nameless woman’s countenance is done up with vivid red lipstick but make-up cannot conceal the frigidness of whomever — or whatever — she is.

One man enters the van and takes residence in the passenger seat, playing co-pilot to the enigmatic captain. In the film’s most ominous and best edit, the man has vanished but she continues driving. She carries out these abductions under a set of guidelines; only after confiding their lack of family, friends, or relatives are they invited into her van. These repeated roadside confrontations unfold with grueling suspense, amplified by the fact that our captor’s plans remain unknown. Adding to the ethereal dread, at least one mysterious motorcyclist (Jeremy McWilliams) is trailing the action and picking up the loose items left behind. Together, seductress and the seduced abandon the vehicle and enter through the doorway of a decrepit home into a dark void. She removes articles of clothing and walks further into the vast nothing. The men, led by their erect phalluses, follow and are engulfed by a jet-black liquid substance leaving her naked body the only visible thing. The impenetrable darkness of Glazer’s frame and composer Mica Levi’s moody and cacophonous collections of strings produces an eerily parallel between the doomed men and the film’s viewer: both have been led down a rabbit hole by a relentless curiosity of the images that have been offered.

Under the Skin may operate on a larger science fiction premise but its concerns are with the rhythms of urban alienation. A potential target for our vixen confides that he ended up in Scotland because “it’s nowhere.” Johansson’s face peers out from behind her character’s fur coat observing the daily routines of the non-actors transversing Glasgow’s streets. It’d be important to elaborate on Glazer’s guerrilla tactics, Johansson seduced-non actors, and that the results were captured with concealed cameras, if the cinematic language of these moments varied from the surrounding film. However, they do not. The divide between staged elements and “accidental” moments are unified in their chilling detachment from any sentimentality. The greater horrors of Under the Skin are almost all implied; the fate of the submerged victims is later revealed in an astounding moment of grotesque visual transformation. The purpose of such a grizzly demise can only be inferred, leaving the virtuoso visual creations to unfold with hypnotic effect. The implications of such images, however, demand a literal reading. A crowd of scantily dressed women, out to party for the evening, sweep our lead into their group. It’s a terrific moment suggesting these two distinct creatures may share a similar goal of finding a man for the night.

With her emotionless eyes and the way she carries her body effectively distinguishes Johansson’s character from any earthly being, featuring a commanding performance that doesn’t need any additional help from a special effects crew. She remains equally compelling to watch when her character decides to explore the pleasures humans can indulge in; sex and chocolate cake being two stand-outs. Her performance becomes dependent on brazen physicality to show how ill-suited this entity is for human life. Johansson utilizes every inch of her skin and every limb in her body to create something unlike what any of her female contemporaries have dared attempted on screen.