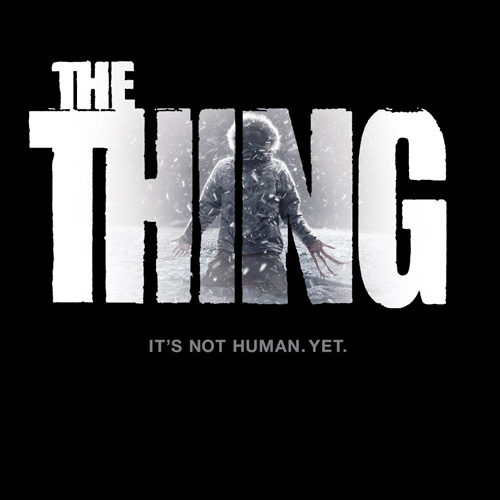 John Carpenter’s 1982 classic The Thing is a movie that hinges on a sense of unknown dread and suspense. Whenever an intellectual property maintains a built-in audience it potentially merits a glitzier Hollywood remake, hoping to bank on the name alone. In the case of the 2011 incarnation of The Thing, the film mimics a remake masquerading as a prequel to Carpenter’s, which, if you didn’t know, is also a remake of the 1951 The Thing from Another World. Dutch director Matthijs van Heijningen Jr.‘s film succeeds at winking and nodding to the diehard fans of Carpenter’s vision while also loading up on quality, gory special effects along with interesting, if uninspired (see Aliens), creature design. Unfortunately, the rest of the film is a paltry attempt to explain the sci-fi origins of an alien who’s better left in the dark.

The film takes place days before the events of the Carpenter picture, focusing on paleontologist Kate Lloyd, played with brown-eyed naiveté by Mary Elizabeth Winstead (aka Ramona Flowers from Scott Pilgrim vs The World). In what has to be a throw-back to the blatantly cheese-ball happenstance cinema of the 80s, she’s recruited by Norwegian scientist Sander Halversen (Ulrich Thomsen) and his goofy assistant Adam Goodman (Eric Christian Olsen) on a mission to Antarctica to investigate a mysterious structure within the tundra. When they arrive, Kate is shocked to discover that the motivation behind this arctic voyage is the discovery of an extra terrestrial spaceship and its alien pilot whose been encased in a giant block of ice for eons. As she works alongside the Norway scientists to transport what they have uncovered, Halversen becomes impatient and demands that a hole be drilled in the ice to extract a sample. And thus Pandora’s box is opened as the creature which everyone thought surely must have been dead turns out to be alive and on a murderous rampage. To make matters worse, this thing can mimic and morph organic tissue, manipulating body and mind. To take down this mysterious morphing symbiotic, Kate teams up with the crew’s pilot Carter, played by Joel Edgerton, clearly attempting to channel Kurt Russell but lacking his notable charisma. Once the opening salvo of deaths begins, the film devolves into an array of gory flesh fusion spontaneity. This is colored orange by a near constant spew of flame-throwers to decimate the flesh of any suspecting host of the thing.

There are a few moments early on, like the opening precursor scene before the title, that evoke a glimmer of the feeling of watching Carpenter’s classic. The character design, special effects and shock moments are satisfying and executed with a tremendous amount of care and detail. It’s a shame the filmmakers don’t pay as much attention to the script and storyline, instead allowing the narrative pacing to become creaky and disjointed. While fans of the original will appreciate some of the homage Heijningen Jr. attempts to pay throughout, others will likely feel a sense of disappointment at the lack of suspense needed to sustain a film like this. Carpenter worked within the fear of the unknown. By making what was unknown known, this tired prequel-cum-remake negates all that was once original in Carpenter’s concept.