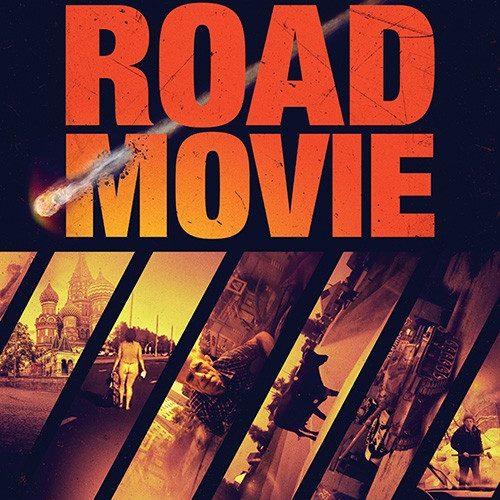 Review: ‘The Road Movie’ is a Greatest Hits of Russian Dash-Cam Insanity

I’d like to know the regulations for automobile tires in Russia because Dmitrii Kalashnikov’s dash-cam compilation documentary The Road Movie has too many violent fishtails and gravity-enforced overturns to not have its audience infer the country as being riddled with bald tires. Some incidents occur in snowy conditions, but others don’t. Speed surely plays a factor alongside a weirdly calm yet psychotic form of road rage too, but the numbers are still too high to ignore. He probably could have filled the entire 67-minute runtime with these accidents if doing so wouldn’t inevitably get old fast. You can only watch so many examples of the same type of tragedy before growing bored of the monotony. The drivers’ vocal commentary helps, but Kalashnikov knows he needs to raise the stakes too.

The “art” of Russian dash-cam movies sparked interest in the United States after footage of a 2013 meteorite crash was uploaded all over YouTube, so the potential for awe-inspiring sights is definitely here. I remember watching those videos and wondering how so many people were able to capture it on cellphones despite being behind the wheel before I learned the truth. There’s actually a good reason the country adopted this technology so fervently too: fraud. A cursory search online should earn you countless examples of pedestrians throwing themselves onto the hoods of cars in the hopes of insurance settlements due to a lack of evidence. These cameras are therefore a deterrent, a cheap means of protecting one’s innocence when things go awry. And Kalashnikov shows they often do. I was surprised he didn’t include any of these “faked” accidents since they’re always good for a laugh and seemingly a big part of the culture behind his film’s mode of cinematographic carnage. Kalashnikov instead sticks to the type of surreal chaos that cannot be faked whether animals (a cow walking off a direct hit), military vehicles (a tank moseying to the car wash for a clean), or wild strangers out of their minds (distraught wedding guests, men lying down in the middle of the street, and imbalanced crazies holding onto windshield wipers while the person behind the wheel screams). There’s a ton of karmic retribution too as drivers will be swearing to themselves about someone else on the road before causing a collision themselves.

Rest assured, however, that Kalashnikov isn’t out to make money off of gruesome deaths. As far as we’re aware everybody seen getting hurt does survive — or perhaps he banks on our positions being thrice removed from the victims to assume as much. His goal in cherry picking online uploads is instead to mold a picture of twenty-first century Russia through rage, talk radio, and an often unnervingly serene hindsight. Above all the shattered glass and screeching metal, nothing onscreen will impact you more than the nonplussed attitudes of many unfortunate souls cracking jokes in the aftermath of near-death. Car goes over the bridge and into a river? Driver says, “We’ve arrived.” Talk about Russian stoicism and a nihilistic mindset fostering this intrinsic disconnect between action and consequence.

Is it enough to merit an artistically-curated, feature-length greatest hits of insanity? I’d say yes. But while I really like how Kalashnikov doesn’t inject himself into the footage with chapter titles, narration, or government officials explaining things, it’s difficult not to wonder if a bit more guidance could have helped The Road Movie from risking reductive criticism as a glorified YouTube playlist. It’s definitely not that — his eye for intuitive editing and visual themes is noticeable and appreciated — but arguing against someone who disagrees won’t be an easy fight to win. This is especially true since much of what Kalashnikov uses is still readily available for free (he credits each clip’s author’s username in the credits). Watching is therefore more about his selection process than the content itself. And there is something to simply going along for his ride. By not wading through commercials or scrolling through nonsense to get to the “good stuff,” each payoff becomes an expectation rather than reward. You’ll find yourself clenching your entire body as each new clip begins because you know there’s a reason Kalashnikov included it. Maybe it will be a moment of Good Samaritan assistance or a night scene of the Kremlin, but odds are it’s a police chase or man wielding a hacksaw before shooting out the tires of a car that kissed his bumper. The roller coaster ride will get your heart pounding and blood pressure rising — both of which warrant its existence and prove its success regardless of any desires beyond pure aesthetics and suspense.

It will be impossible not to retain at least a few images too. For me it’s the visually arresting sequences where we see the subject interact with the camera (a thief stealing one and a young woman trying to put hers back on the windshield). Both are jarring because the rest of the film consists of voyeuristic moments, many in which the driver isn’t involved in the action besides as a spectator like us. To suddenly experience this shift is to realize that Kalashnikov has in effect made us the camera. We aren’t the passersby, victims, or perpetrators. We are positioned as this lens capturing everything with complete disinterest and yet we’re overflowing with concern. Each incident is presented with pure objectivity as we react with third-hand investment.

This is what it is to be human today. No experience is sacred — every moment of our lives has become a product to be bought and sold. Just as technology has brought us closer as a planet and provided us the means to protect ourselves, it’s also given us the power to sell our privacy as a knee-jerk reaction we don’t even allow ourselves the time to weigh. Here are people who endure these unimaginable events and they post them online. Survival isn’t enough anymore. Survival is merely the excuse to welcome the world into your life. So while Kalashnikov opens a window onto the human experience as far as our relationship between horror and relief, The Road Movie also reveals our diminishing respect towards fate’s unyielding power.