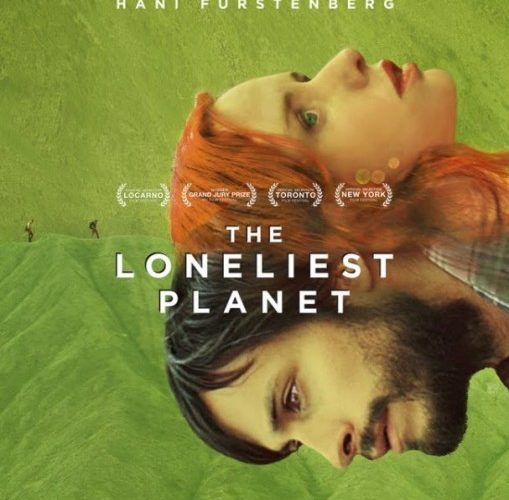 Julia Loktev’s The Loneliest Planet, an invasive, thoroughly haunting anatomy of the vibrant bond between an engaged American couple, begins harmlessly enough. Though the instantaneously harsh work of sound designer Martín Hernández may serve as an appropriately off-putting sign of things to come, the first impressions we get of the film’s central relationship — the soon-to-be-married Alex (Gael García Bernal) and Nica (Hani Furstenberg) — are mostly inviting, and also rather convincing in their evocation of a young couple’s vividly physical attraction. (There’s a moment of foot-fetish intimacy here that would make Quentin Tarantino smile.)

Adapted fairly loosely from Tom Bissell’s short story Expensive Trips Nowhere, Loktev’s screenplay hinges on an uppercut of a relationship-tester, which arrives out of the blue about halfway through the film. The details of the incident, for obvious reasons, are best left untouched here, but it’s worth noting that the event, when it comes, is as unexpected to us as it is to Alex and Nica, and the reason for this can be attributed to Loktev’s true-to-life approach to this tourist-trip narrative. As they backpack through the commanding Caucasus Mountains in Georgia — under the guide of the scratchily voiced Dato (Bidzina Gujabidze) — Alex and Nica’s unfamiliarity with the elements and the language comes through in the jagged, screaming wind, along with the very practical lack of subtitles.

But these early external challenges do little to test our comprehension of Alex and Nica’s love. The body-driven affection of their private interactions is persuasive — they know enough about each other to want to get married, so what else do they need to talk about? The mutual giddiness with which they approach the Georgian landscape is also telling in its own right — they may be in a foreign land, but they’re so comfortable with one another that the idea of battling this exotic territory together is a connection-strengthening turn-on.

The performances Loktev gets from her three principals make for an intriguing blend of method and madness. Bernal is clearly the starriest presence here, and that baggage is toyed with in cunning ways. Gujabidze, a real-life tour guide, obviously represents the opposite end of the spectrum, though for much of the film, his quiet, lived-in physicality mirrors Bernal’s tendencies, both of them favoring precision of gesture and movement over conventionally expressive performance. In keeping with Loktev’s vision, they’re not as interested in consistent emoting as they are committed to reticently slipping into their character’s flesh.

Furstenberg, whose fire-hydrant hair brings to mind a live-action recreation of Brave‘s Merida, takes this technique to the extreme, delivering the turn that, in many ways, comes to embody the soul of the film. On many occasions, Loktev burrows into the depths of Furstenberg’s face, searching for clues and signs that might reveal something about her peculiarly plucky behavior. This stressing of minute body language heavily resembles Loktev’s previous film, the equally striking Day Night Day Night, which scrutinized the features of Luisa Williams’s unnamed suicide bomber to unsettlingly astonishing lengths.

Day Night Day Night, too, sheds some interesting insight on the location work of The Loneliest Planet. Whereas the former film was assertive in its use of congested locales — a skin-tight motel room in the first half, a suffocatingly populated Times Square in the second — The Loneliest Planet takes its cues from the aforementioned mountain range, an isolated exterior in the purest sense of the term. And while the Georgian natives have an inviting presence in the opening portions of the film, they disappear when Alex, Nica, and Dato begin camping out, and the most potent semblances of a society at large are tossed to the wayside in favor of the film’s bigger agenda as a diagnosis of the personal, interior dynamics that affect how we relate to our significant others.

In that sense, then, while The Loneliest Planet‘s world sets itself up as being more societally disconnected than Day Night Day Night‘s, the film is still every bit as claustrophobic. Loktev’s obsession with sound is taken to new levels here, each scene transition introducing entirely contrasting degrees of noise. This is reinforced in Michael Taylor’s shock-cut editing, which always works to amplify the heart-stopping sound shifts. This is one of the few films as of late where you really feel the cuts in your cartilage — the abrupt altering between pillow-talk peace and cyclone-worthy gusts of wind never fails to alarm. (Loktev pulls the same stunt, too, in visual terms, often cutting from hypnotic nighttime scenes to blinding morning light.)

The back-and-forth modifications of photographic perspective are no less impressively irritating. Inti Briones’s disciplined cinematography alternates between concentrated, on-the-ground proximity, which immerses us in the exertion of the trio’s tumultuous hike, and abnormally far-off establishing shots — set to Richard Skelton’s pressure-cooker score — that turn the three characters into miniature dots on a mountain-dominated landscape.

While this oppressive formal control can sometimes override the film’s human impact — there’s a sense, once in a while, that certain takes are drawn out for reasons more experimental than anything else — it’s necessary to keep in mind that the film’s emotional and psychological agenda is as complex as its technique. As in Day Night Day Night, Loktev avoids the trap of letting her directorial instincts eclipse those of her characters, and it’s once again paved the way for a film that squeezes its way into your brain and refuses to leave anytime soon.

The Loneliest Planet begins its limited release on Friday, October 26.