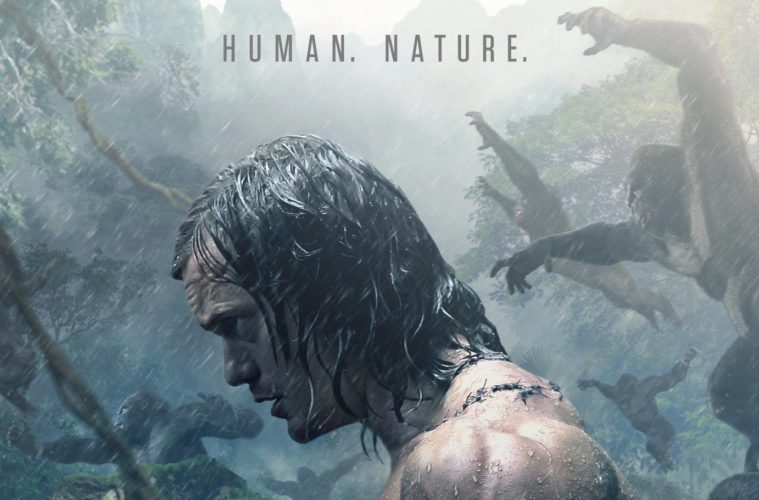 [Review] The Legend of Tarzan

They don’t make movies like this anymore. Much has already been said about the death of Hollywood star power, the emergence of brands as movie stars, and their contribution to the general “meh” of blockbusters at large, but with The Legend of Tarzan, director David Yates and Warner Bros. seem to be content in tossing yet another damp rag into that conversation. It’s a film both classically old and boorishly modern. In the true spirit of the 2016 blockbuster, it struggles to find the right amount of charisma to propel towards something worth talking about.

Things kick off well enough, abandoning a relatively tired origin story structure in favor of expedience. We meet our titular vine-swinger (Alexander Skarsgård) not in the Congo, but dressed to the nines as John Clayton III in his family home. After establishing motives that are muddled at best, Clayton begrudgingly sets out to Africa with his now-wife Jane (Margot Robbie, doing her damnedest) and human rights activist George Washington Williams (a relatively game Samuel L. Jackson).

Williams’ mission to uncover an ongoing slave and diamond trade masterminded by requisite smarmy villain Christoph Waltz generates the only true stakes this film seems to have. Overcranked frame rates and muted colors abound, and Yates labors over the grave nature of such a scheme only to accomplish what most contemporary tentpole films often do: scraping any semblance of levity from the product on display. The whole endeavor feels like an uphill battle of an old-fashioned, light-hearted adventure against a mudslide of gloomy brand reinvention with hardly any charm at its core.

Exhibit A: Skarsgård. I’ve long hoped that Hollywood will erect a “Milquetoast Island” for all the ho-hum leading men of recent years, and while Skarsgaard may not be king of that island (a spot that perhaps goes to Aaron Taylor-Johnson), he’s certainly some kind of ambassador. Given the tired character’s status as a jungle-bred bowl of porridge, one can’t entirely blame him, but his musclebound vacuum of personality requires Robbie, Jackson, and Waltz to do the heavy lifting. They don’t necessarily do so in spades, but they accomplish enough to get us through.

Robbie does a lot with a little, fighting damsel-in-distress tropes with a good amount of fire in her belly. She refuses to be cornered or caged, and this seems to work for most of her time onscreen. A dinner between her and Waltz reminiscent of Raiders of the Lost Ark is a nice touch, despite her falling back on stating how great her jungle buea is. This is where Yates cops out, and the film backslides her into a passive third party in need of a daring rescue. Jackson feels caught between a solid performance versus a steady paycheck. He’s not as bored as Nick Fury, but he’s not as fun as any Tarantino role. Relegated to a sounding board for exposition, one can’t help but feel he’s underused and completely aware of it. This culminates in his literal plea for the whole ordeal to end, compelling us to agree wholeheartedly. Waltz plays Waltz and not much else, but his schtick seems to have a enough mileage left in it to make for some serviceable villainy.

And that’s just what The Legend of Tarzan is: serviceable. It’s torn between celebrating the old and embracing the new, resulting in a good case for neither. It trades in the likes of Indiana Jones, The Rocketeer, or even The Phantom for the husk of an adventure film bogged down by self-seriousness. Long in the tooth (even for being under two hours) and devoid of any actual chest-pounding bravado, this film seems dead-set to prove that — if nothing else — they won’t make movies like this anymore.

The Legend of Tarzan is now in theaters nationwide.