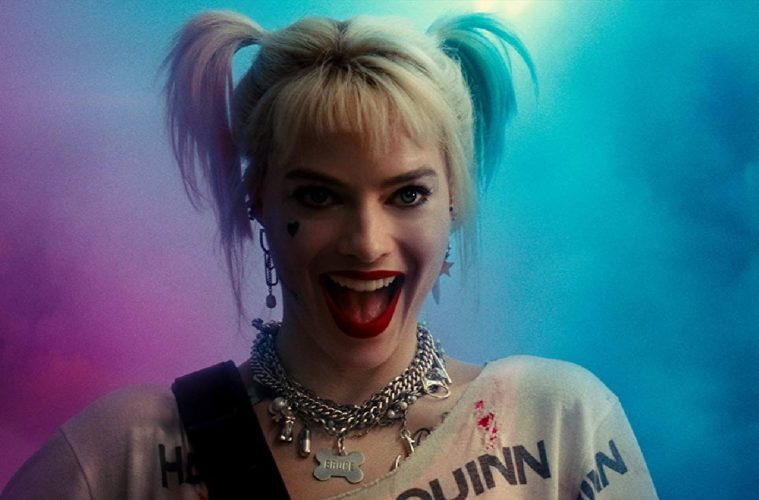 Near the climax of the deliriously entertaining Birds of Prey, our heroines–winking wrecking ball Harley Quinn, crossbow-wielding vigilante Huntress, the tough but caring Black Canary, and sighing Gotham City detective Renee Montoya–are ensconced at the top of a grimy carnival funhouse. Sociopathic henchman Victor Zsasz, a monster with peroxide hair, is there and aiming to kill. So the main target, Cassandra Cain, a young girl and expert pickpocket who happened to steal the city’s most coveted diamond. And ate it. Meanwhile, wide-smiling, stylish crime lord Roman Sionis, a.k.a. Black Mask, is en route and accompanied by an army of similarly masked killers.

Got that? This collision of characters and crazed cacophony of violence, weaponry, and hair dye is a fine representation of the aesthetic delights of Birds of Prey–the full title is the appropriate absurd Birds of Prey (And the Fantabulous Emancipation of One Harley Quinn). Similar attempts at bringing skull-smashing humor and ultra-violence to the world of comic book movies often yield depressing, forced results. Not this time. Director Cathy Yan’s DC entry is tremendously successful. Purposely untidy and at times cheerfully off-putting, Birds is more memorably unhinged than the likes of Joker, Venom, and Deadpool. It must be acknowledged, though, that none of those are a perfect point of comparison; if anything the tone of Birds of Prey is closer to the likes of Tank Girl or even Sin City.

Yan deserves a great deal of credit for flying so high in only her second feature, after 2018’s Sundance award-winning Dead Pigs. But the greatest kudos most go to Margot Robbie, back in Harley Quinn’s bleached skin and pigtails after stealing 2016’s sour Suicide Squad. Quinn was a breath of fresh air in that dour disappointment that brought together a rogues’ gallery of DC supervillains. There was nothing badass about Squad–except for Quinn, the Arkham Asylum psychiatrist who fell for the Joker and became his criminal accomplice and significant other. Robbie’s performance helped lift the character to icon status, solidifying the need for a Harley-focused follow-up.

Birds of Prey begins with an animated my-life-so-far sequence narrated by Quinn–abusive parents, abusive nuns, and, ultimately, an abusive boyfriend. Quinn and her beloved Mr. J. have finally called it quits, sending her into a tailspin. She seeks out ways to get back on track, from roller derby to adopting a man-chomping hyena. Plus, her newly single status means all of Gotham is out to get her. It is only when the bloodthirsty narcissist Roman Sionis (Ewan McGregor, never more gleeful) forces her to track down the young girl who has “his diamond” that her solo life finds its purpose. In young thief Cassandra Cane (Ella Jay Basco), Quinn finds a friend and even something of a protege.

Meanwhile, disgraced detective Renee Montoya (an appropriately world-weary Rosie Perez) works to take Sionis down, enlisting help from a singer-turned-driver for Sionis known as Black Canary (the note perfect Jurnee Smollett-Bell). Also wreaking havoc is a mysterious, motorcycle-riding woman with a tragic backstory. This is Huntress, played by a phenomenal Mary Elizabeth Winstead as a slightly awkward but hyper-focused revenge-seeker. This gang of four is forced to work together to keep Cane alive before Sionis and Zsasz (Chris Messina) can cut the diamond out of her insides. You read that correctly–yes, there is horrific violence here, including a brutal trio of face-carvings. And McGregor has a moment of inflicting humiliation on a woman that, while less graphic than Marty Augustine’s unforgettable scene in Altman’s Long Goodbye, is similarly upsetting. In nearly every respect, really, Birds is often messy. But it’s messy by design, not accident–big difference. And that’s the right approach for this material.

Cleverly constructed with a script by Christina Hodson and bursting with well-planned action sequences–the carnival brawl near the film’s end is positively delightful–Birds of Prey is the rare comic book adaptation directed with a real, tangible vision. And as Quinn, it’s hard to imagine anyone else than Robbie bringing her mix of middle-finger savagery, surprising vulnerability, and utter likability to the role. Her performance helps make Birds of Prey (And the Fantabulous Emancipation of One Harley Quinn) one of early 2020’s most gobsmackingly fun films, and gives Robbie the opportunity to truly dominate that she should have had in Suicide Squad. A Louisville Slugger to the groin has never seemed so justified.

Birds of Prey is now in wide release.