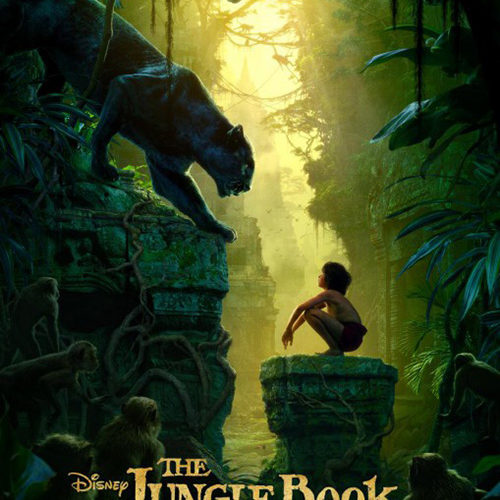 Advances in digital technology have now given filmmakers the chance to do things that would have been impossible just a decade ago. With this bold new power comes a slew of possible pitfalls, which we see in movies both large and small. Computer animation can be distractingly bad, pulling us out of the movie with its sheer artifice, or it can be too large, striking a realistic posture while doing things that are, in our mind, impossible to scale with reality. It may be the curse of The Jungle Book that its legacy will be defined by the way it charts a new pitfall for computer animation – that it can be so good and so real that it becomes almost impossible to focus on the story, for better and worse.

Which isn’t to say the story told in this movie is bad or fails to be affecting. Adapted from the series of books by Rudyard Kipling, The Jungle Book tells the story of Mowgli (Neel Sethi), a human boy who was found alone in the jungle and raised by wolves. When we meet him, Mowgli is having trouble fitting in with his peers, unable to abide by the rules set forth by the pack leader, Akela (Giancarlo Esposito, regal and disaffected). His mother, Raksha (heartbreakingly voiced by Lupita Nyong’o), does her best to care for him, but it is clear he is slowly growing apart from his pack. This estrangement is accelerated by the appearance of Shere Khan (a chilling Idris Elba), a tiger with no love of man. Upon discovering the “man-cub,” as Mowgli is called, Shere Khan gives the rest of the jungle an ultimatum – the boy dies, or Shere Khan will begin a spree of murder to reach him.

Fearing for the safety of his wolf family, Mowgli sets off with the kindly panther Bagheera (Ben Kinglsey) to find the Man Village so he might rejoin his own kind and be safe from Shere Khan’s wrath. Along the way he befriends the sloth bear Baloo (Bill Murray, hilarious and heartfelt) and discovers more about his innate human abilities, giving him the courage to fight against Shere Khan.

What is perhaps most admirable is the way in which it makes use of stunningly real animal creations to build a world that is at once thrilling and familiar while also being outstandingly dark and scary. Rudyard Kipling, much like Jack London, seemed to have a real love for the wilds of which he wrote, and director Jon Favreau (Iron Man, Chef) does not shy from the primal reality of these creatures and their environment. Despite being able to talk, each individual animal retains its feral posture and locomotion, with none of their features being exaggerated or anthropomorphized. This fealty to biology lends every interaction a palpable sense of danger and wonder, and seeing these creatures in motion and action reinforces that. Every battle is savage and incredibly hard to watch, and the number of times a sense of true danger nearly derailed a scene before Favreau’s direction pulled everything back on course was staggering.

This technological achievement and mastery of a very difficult tone compensates for the flaws inherent to the story itself while also serving to make said flaws all the more noticeable on reflection. Based as it is on of a number of short stories, The Jungle Book is always doomed to have a disjointed, episodic feel, but the breaks between acts — especially once Mowgli has left the wolf pack — sometimes feel too immediate and too preordained. His kidnapping by an army of monkeys especially comes from left field, though it does grant us the film’s strangest and perhaps most audacious set piece. King Louie, as voice by Christopher Walken, is a marvel of both technology and performance, and his entire sequence is the sort of mind-boggling madness that few movies would dare to touch.

It is strange, however, that in a movie so earnestly seeking to paint a realistic world, some of these characters still burst into songs made famous by Disney’s earlier animated adaption of The Jungle Book, and what is even more bizarre is that it only happens twice, each time around the transition into the movie’s third act. In a film so soaked in the primal dread of nature given a human voice, hearing that voice burst into jazzy ditties was somewhat hard to stomach.

Still, for pure spectacle alone this film is well worth the ticket price. Its visuals are so undeniably convincing and intricate that the sheer wonder of how they achieved any of this will be enough to distract — from the story’s missteps and even the film itself. Young children may be horrified by the actions of Shere Khan or Kaa the snake (sonorously and seductively voice by Scarlett Johansson), but the impossibly real-looking animals and the tenderness of the friendship between Murray’s sweet, silly Baloo and Mowgli should help to mitigate that slightly. The Jungle Book is a movie that seeks, above all else, to impress and awe, and it does both without breaking a sweat.