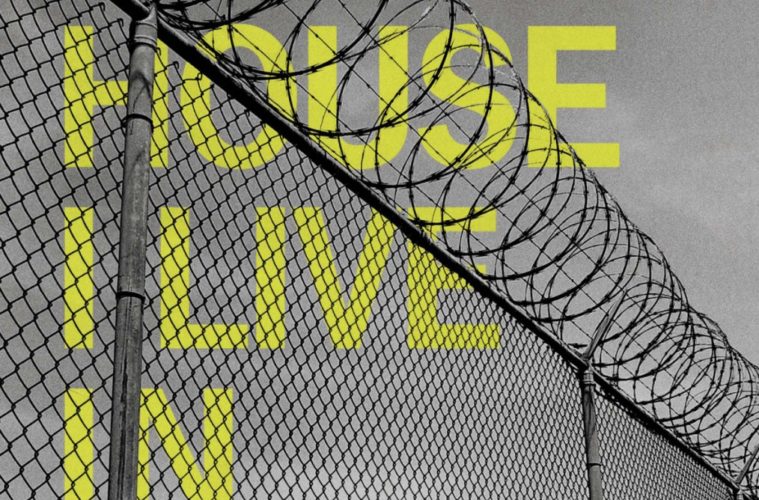 [Review] The House I Live In

The Grand Jury Prize winner for documentary at the 2012 Sundance Film Festival, Eugene Jarecki‘s look at American drug policy—The House I Live In—began with a desire to reacquaint himself with his family’s old housekeeper Nannie Jeter. A black woman who was a part of the great migration north to escape Jim Crow Laws in the sixties, her taking the job with the Jareckis changed her life. She was able to provide for a growing family of her own in New Haven now and was blessed with even more young children to care for and help shape through their adolescence. But as the Jareckis moved towards New York City courtesy of well-earned success, their want for Nannie to accompany them in hindsight might have been the worst thing that ever could have happened to her. A perfect example of where society itself can drive good people to do bad things, Jeter’s increased finances came at the cost of her children. Working long, hard days to ensure Eugene and his brother Andrew Jarecki had everything they needed, Nannie’s own kids began to become an afterthought. She wasn’t there to teach them about the horrors of drugs and drug culture, instead only being able to sit back and watch as the life took one of her sons away. By doing what she had to in order to make sure her family had enough to eat, she might have unwittingly helped give her boy a death sentence. We can talk ifs and buts about how things might have been worse for the rest if she stayed in New Haven, but it doesn’t change the fact James is gone.

Named for a Paul Robeson song, The House I Live In culls together a series of intimate vignettes depicting the men and women caught within the stifling system behind America’s War on Drugs. Whether it’s Maurice Haltiwanger facing a mandatory minimum sentence of twenty years despite a judge who would love to reduce the punishment to ten, twenty-eight year old Anthony Johnson staring at a five to ten stint after doing the only thing he’s ever known, or Kevin Ott and the life sentence he received for possessing three ounces of meth on a prior offense, it’s not hard to see the disparity between crime and punishment. Jarecki can throw statistics at us all day about the number of non-violent drug offenders incarcerated alongside rapists and murderers, but actually seeing them will always hit hardest. With talking heads spanning doctors, judges, activists, and investigative reporters—including The Wire creator David Simon—we begin to understand the genesis of where everything went wrong. All hot-button issues have a level of subjective insight and conjecture behind them, but I do believe it would be hard to poke holes in what Jarecki has unearthed. Eugene shows us how Richard Nixon’s 1971 ushering in of the “war” was almost exclusively a campaign tactic and yet still remained a two-prong attack of enforcement and treatment until his second term required a hardline stance for victory. We meet by-the-books prison security chiefs like Mike Carpenter proudly serving and protecting to the letter of the law while still questioning the whys. And a Lincoln historian helps expose how the War of Drugs is in fact our Holocaust.

The evidence shows why drugs became illegal when so many were used in everyday life back in the day. American legislature blatantly singled out minorities who had begun to take away white jobs through the years: opium was deemed a crime to hinder the Chinese, cocaine for blacks, marijuana for Mexicans and now meth for lower class whites. Ghettos were created in lower income neighborhoods as public policy starting from the New Deal, Ronald Reagan’s mandatory minimums made crack possession a hundred times more volatile than cocaine despite the two being identical in chemistry, and the list goes on. Even a couple police officers made famous during the heyday of Fox’s Cops find themselves disenfranchised by the system, knowing so many of the kids they scoop up really don’t have a chance. However, above all the fact-finding and heartstring-tugs, The House I Live In proves to be an important tool for educating the country on just how bad things have become. I had never heard of the 100 to 1 law, never knew the police could confiscate money and property for nothing more than probable cause, courtesy of RICO. Between profiling and a lazy workforce content to bust low-level criminals to bolster numbers, good police work has been rendered all but extinct while the public’s perception of law enforcement turns to distrust and fear. Simon dealt with these issues beautifully in The Wire and listening to the people involved here shows just how seminal a work of political commentary through art his HBO program was.

When everything prevents impoverished minorities from escaping the life, they do end up with no choice but to join the one company their company town provides. Kids grow up assuming their life is on the streets with an end either in death or prison. Drug dealers become idols to aspire towards. Cops who have watered down what police used to mean through numbers-driven promotions of ignorant brutes rather than intellectual students of criminal justice and capitalists reaping the rewards of big business jails and their need for new toys don’t help. I’m a huge proponent for personal responsibility and a man’s ability to choose a better life, but even I have to agree there’s much more than at play with the issue of drugs. If someone like me can admit that, Jarecki has definitely done something right.

The House I Live In is currently on VOD and playing in select cities. For more info click here.